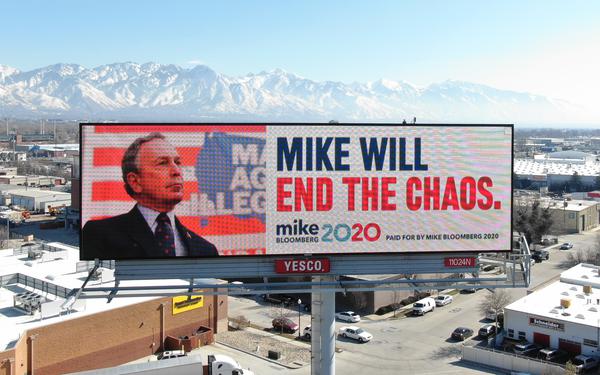 The Mike Bloomberg 2020 campaign is adding out-of-home media to its unprecedented spending on TV and digital ads.

A pioneer in the tactic of billboard trolling via fast-changing out-of-home electronic displays is Mitt Romney, the sole Republican senator to vote with Democrats on impeachment.

In 2012, Romney for President trolled President Obama’s motorcade to compete for the regional news cycle. Here is an example of a Romney billboard in Orlando, Florida (August 2012). 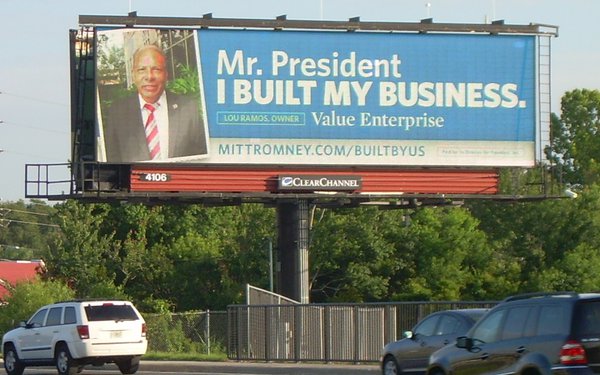 Bloomberg Wants To Be Omni-Present

I just asked a voter in a Super Tuesday state if she saw Bloomberg TV ads. Her reply: “I watch almost no live TV.” Out-of-home reaches cord-cutters and TV boycotters, and its visuals boomerang on social media.

Bloomberg has spent more than $450 million on advertising since late November, according to ad-tracking Advertising Analytics.

In 2018, political ad spend on out-of-home media was up 13 percent over 2016 and 32 percent over 2014, according to Kantar media tracking. For decades, campaigns and candidates used billboards for branding, name identification, and get-out-the-vote. New technology (digital screens) enables quick, short-term buys like Bloomberg’s electronic billboards in Utah and the pinpoint location targeting of candidate Romney’s billboards along the Obama motorcade route.

A small point, perhaps, but out-of-home media is inching toward drone photography for promo shots and in some cases for proof of performance images.

Bloomberg’s billboard buy in Utah was approved on Wednesday, February 19. The copy – several different ads – went up Friday, February 21. On that (sunny) day, the media company (Young Electric Sign Company, YESCO) sent up a drone to get aerial “beauty” shots. 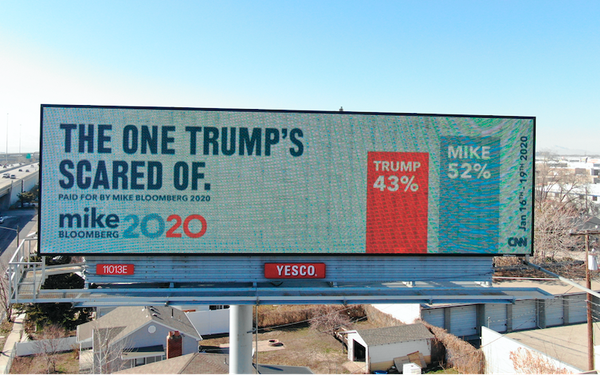