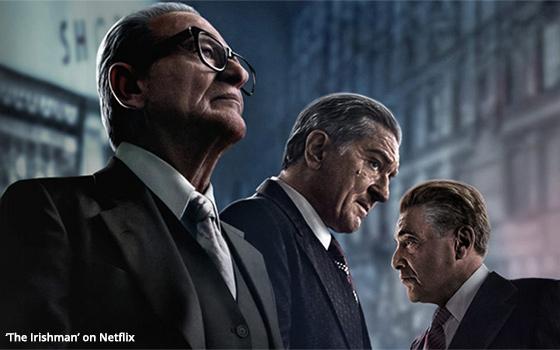 Offering a bit more viewership insight into its platform, Netflix will offer up a top-10 list of movies and TV shows in terms of popularity for its subscribers.

Netflix says the list “will be updated every day and the position of the row will vary depending on how relevant the shows and films are to you.” For subscribers, the list will be specific to the country they live in.

In addition, the TV shows and movies “will also have a special 'Top 10' badge, wherever they appear on Netflix. That way you can easily see what’s in the zeitgeist.”

Netflix didn’t say whether there would be specific data attached to these TV shows and movies.

TV producers, content owners and other business partners continue to seek viewer data from streamers to gain feedback on their offerings -- for new negotiations of content deals with streaming services, and other TV distributors.

The big streaming platform has resisted offering much data in how many viewers -- or household accounts -- are watching a specific TV show or movie. In recent seasons, it has released data on highly promoted movies in November, in part to tout films on the eve of the big award entertainment season.

In December, over a recent seven-day period, Netflix’s Oscar-nominated movie “The Irishman” had 26.4 million U.S. Netflix accounts (households) watching more than 70% of the three-and-a half-hour film. The streaming service had 61 million U.S. subscribers in the fourth quarter of 2019.

The year before, another movie --  the “Bird Box” release around the same time -- had 45 million of its accounts, who watched at least 70% of the movie. Nielsen says, in looking at average minute audience two years and older -- the  current TV standard viewing metric -- viewing was at 26 million.

In January of this year, Netflix issued a new viewing definition on its platform: Anything over two minutes of watching something on its platform -- a TV show or a movie -- counts as a “household view.”