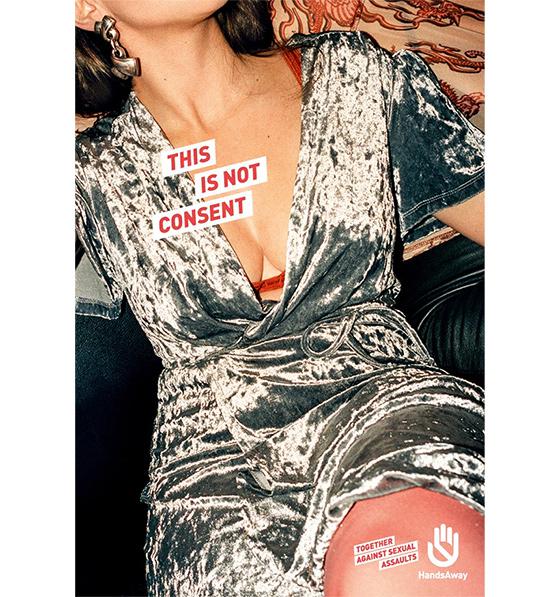 Paris Women’s advocacy group HandsAway is out with a new print campaign from TBWA\Paris with the message that women can dress as fashionably or provocatively as they want and it’s not an invitation to be groped or otherwise sexually harassed.

The group cites survey figures that 86% of women say they have been the victims of street harassment. “The desire to wear a tight fitting outfit, a mini-skirt, a plunging-neckline, or to reveal a piece of nudity should not be seen as an invitation or an element legitimizing an aggression or sexist remarks,” the group says.

“The aim of this campaign is to remind people that a woman has the right to dress as she wants and no outfit can justify such words or acts.”

This series of pictures for the campaign was taken by American photographer Shelby Duncan.