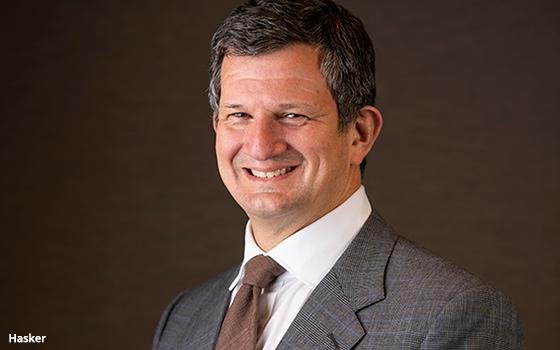 Hasker was most recently a top executive at Hollywood talent agency CAA and a senior adviser to TPG Capital. He will assume his new role on March 15.

Smith will stay on for a transition period and become chairman of the Thomson Reuters Foundation.

Chief Financial Officer Stephane Bello will also step down from his role. He will be succeeded by Mike Eastwood, current senior vice president of corporate finance. Bello will oversee strategy and business development into 2021, according to the company.

Neil Masterson and Brian Peccarelli will continue in their roles as joint Chief Operating Officers at the company.

The parent of Reuters News also announced higher-than-expected fourth-quarter earnings. The company experienced a 60% year-on-year rise in operating profit, thanks to lower costs and investments following the separation of the Financial and Risk (F&R) business.

The Reuters News division saw organic revenue of $164 million, up 5%.

Separately, business news brand Quartz has named Kira Bindrim and Heather Landy executive editors. Though they share the same title, the two will have different responsibilities.

Bindrim, who was promoted from the role of managing editor, will now focus on the experience of Quartz across platforms and around the world. She will work with curation, editorial R&D, growth, the "Daily Obsession" email team and special projects.

Bindrim will continue to manage the international bureaus to build regional audiences and oversee global reporting.

Bindrim joined Quartz in May 2016 as the inaugural editor of the Quartz talent lab. She became managing editor in 2017. Previously, she served as managing editor of Newsweek, homepage editor at Reuters and online strategy director at Crain’s New York Business.

Landy will continue to lead Quartz at Work, the vertical for professionals that focuses on work lives and workplaces.  Before launching Quartz at Work, Landy served as Quartz’s managing editor and global news editor. She joined the company in July 2014.

Landy has previously served as editor-in-chief of American Banker magazine. She has worked at The Washington Post, Bloomberg News and the Fort Worth Star-Telegram.

Quartz is hiring a managing editor to succeed Bindrim, as well as adding the role of deputy editor at Quartz at Work.

“The goal of these changes is to align the structure of the newsroom with the most important and distinctive aspects of Quartz — our global perspective, continual innovation in how to report and present business news, our culture, and the forward-looking, interdisciplinary, contextual way we track ideas over time — as well as our commitment to developing deeper and longer-term relationships with our readers,” stated the publisher.