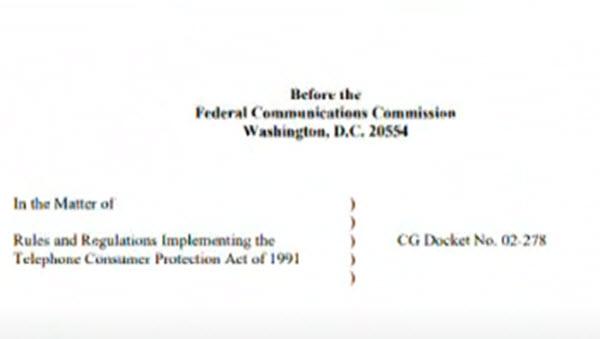 In papers filed this week, the campaign argues that none of the people who are suing have “standing,” because they didn't experience the kind of injury that would warrant a federal lawsuit.

“Plaintiffs’ claims fail for lack of standing,” the campaign writes in a motion filed with U.S. District Court Judge John Tunheim in Minnesota. “None of the plaintiffs pleaded sufficiently concrete injuries.”

The motion comes in response to a lawsuit brought in October by Dan Pederson, Connor Olson and Shell Wheeler, who alleged they received unsolicited text messages from Trump's campaign. The trio claim the campaign violated the federal Telephone Consumer Protection Act, which outlaws the use of autodialers to text consumers who have not explicitly agreed to receive messages.

Wheeler said she received a text on Oct. 1 inviting her to a rally in Minneapolis, while Olson alleges that he received a similar message on Oct 3.

In addition to arguing that the messages didn't cause any injury, the campaign disputes Pederson's factual allegations.

The campaign alleges that Pederson visited a campaign website on Oct. 10 and entered his name, email and phone number. At the time, Pederson also allegedly agreed to the campaign's terms, including a mandatory arbitration clause, according to Trump's campaign.

The campaign contends that if Pederson's claim isn't dismissed outright, it should be sent to arbitration.