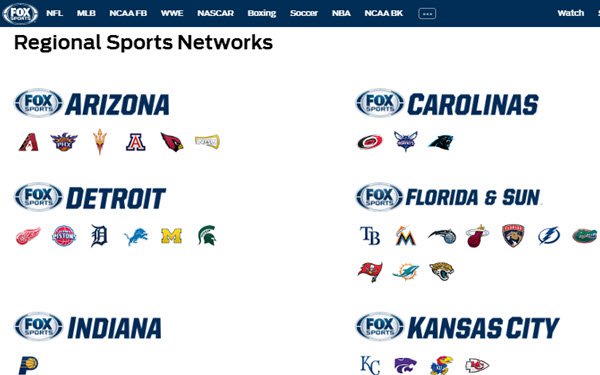 YouTube TV has sent its customers an email message warning them that, due to its inability to reach a carriage renewal agreement with Sinclair Broadcast Group, they will not be able to watch live, on-demand or recorded content from their local Fox Regional Sports Networks as of Feb. 29.

"Our goal with YouTube TV is to offer you the content you love, delivered the way you want. Despite our best efforts, we have been unable to reach an agreement with Sinclair, the content provider that offers the Fox Regional Sports Networks and YES Network,” the company stated. “We don't take this decision lightly, and will continue to do our best to make YouTube TV a best-in-class experience."

While YouTube TV declined to discuss specific points of contention, it “pointed to its attempt to balance the climbing costs of sports broadcasting with its desire to deliver a good value to subscribers,” when contacted by Engadget.

During its fourth-quarter earnings call yesterday — in which it reported having missed on net profit — Sinclair announced it will be rebranding the group of 21 regional sports networks (RSNs), for which it paid $10 billion, in the months ahead.

This latest contract dispute underscores growing questions regarding whether the high costs of carrying RSNs makes economic sense for cable providers — particularly given that forcing subscribers uninterested in regional sports to subsidize those RSNs may contribute to cable television’s subscriber erosion troubles.

According to Kagan, pay-TV providers pay an average $2.63 per subscriber to carry RSNs, or more than double the 49-cent average cost for other channels.

Dish Network founder-chairman Charlie Ergen recently argued that Sinclair’s RSNs are worth less today than when they were acquired last year.

A "very small fraction of [Dish] customers are avid viewers of the regional sports,” he said, so dropping the RSNs would benefit more customers than it would hurt."