FDA Regulatory Framework For CBD Products A Long Way Off 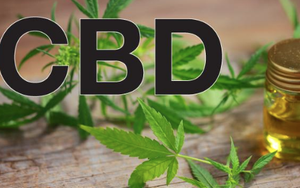 Anyone hoping for an imminent Food and Drug Administration regulatory framework for CBD in beverages, food, dietary supplements and other products had their hopes dampened by a report the FDA submitted to Congress last week.

The bottom line is that the FDA doesn’t have nearly enough research to even contemplate a regulatory framework. And it’s just now developing “an action plan” to evaluate the legality of products currently being sold containing CBD .

“FDA continues to be concerned about the potential safety risks of using CBD and about problems related to a number of currently marketed CBD consumer products under FDA jurisdiction,” states the report, signed by Stephen M. Hahn, M.D., commissioner of food and drugs.

Those problems include “mislabeling or the potential for contamination with delta-9-tetrahydrocannabinol (THC), pesticides and heavy metals.”

In issuing its report, the FDA reiterated the concerns it voiced last fall about the potential adverse health effects associated with ingesting CBD—including in beverages, which are considered to be food under the Federal Food, Drug and Cosmetic Act.

“It is not currently lawful to add CBD to human or animal food, and the data currently available to FDA raise safety concerns about the use of CBD in food.”

The FDA did not provide a timeline for establishing a regulatory framework.

The bulk of the FDA’s concerns about CBD derive from its 2018 approval of the prescription drug Epidiolex—which contains CBD—for the treatment of two rare and life-threatening seizure disorders in children.

It was during that approval process that the FDA became aware of such potential dangers from CBD as liver injury; “serious side effects” from the effect of CBD on the metabolizing of other drugs; gastrointestinal distress; and such mood changes as irritability and agitation.

Meanwhile, the FDA noted that it does not have the resources needed to pull CBD products off the market that are being sold illegally.

“FDA acknowledges the vast proliferation of CBD consumer products” along with its limited resources “to initiative enforcement action against all these products.”

Given the research that would be required to answer nine “key questions” the FDA is trying to address, it’s easy to understand why the agency hasn’t provided any deadline for a regulatory framework—and why such a framework appears to be a very long way off.

-- What happens if you use CBD daily for sustained periods of time?
-- What level of intake triggers the known risks associated with CBD?
-- How do different methods of exposure affect intake (e.g., oral consumption, topical, smoking or vaping)?
-- How does CBD interact with herbs and botanicals?
-- Does CBD cause male reproductive toxicity in humans, as has been reported in studies of animals?

On the enforcement front, Congress has tasked the FDA with performing a sampling study of the current CBD marketplace to determine the extent to which products are mislabeled or adulterated. No timeline for its implementation was provided.

Another focus of the FDA is the terms “full spectrum” and “broad spectrum” to describe hemp extracts. While the agency noted that such terms generally describe products that are not CBD isolates—substances that contain pure CBD—it is aware that some full- and broad-spectrum products “may contain very high concentrations of CBD.”

Maureen West, general counsel and compliance officer for hemp oil marketer Functional Remedies, tells Marketing Daily the company "appreciates that the FDA has recognized the differences between full-spectrum, broad-spectrum and CBD isolate and seeks to study these different types of products independently of each other.