Studios Might Be Empty, But Home Audiences Will Just Get Bigger 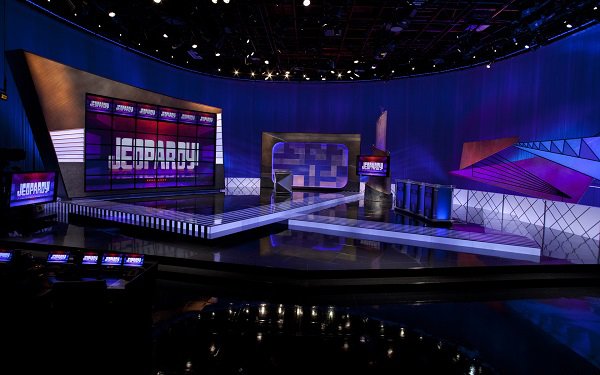 If the current pandemic emergency increasingly keeps people from congregating in public places, then which of our major entertainment media stands to benefit the most?

The answer to this simple question is television -- the original stay-at-home entertainment medium.

Everyone knows that watching television is already the real national pastime to which millions devote multiple hours every day. Now they’re poised to watch even more.

Look for viewership to increase across the board -- from networks to streaming services to YouTube -- as people stay away from movies, plays and musicals, sporting events (which will all eventually be cancelled anyway), restaurants, malls and other places where people go.

Sports TV will take a hit. But TV news will likely go up (not that it will suddenly become more reliable, trustworthy or bipartisan).

Meanwhile, what about all the shows that have long relied on studio audiences, but are now doing away with them?

For certain kinds of TV shows, studio audiences have long been an integral part of the experience of watching them, producing them, and performing on them. It is in the latter area where the lack of a studio audience might be felt the most. Entertainers such as the hosts of our late-night shows thrive on audiences.

Delivering monologues without the support of real laughter will take some getting used to. Or perhaps the monologues will be dispensed with altogether.

It is just one of many decisions that the producers of late-night shows, daytime talk shows, quiz shows and sitcoms filmed before live audiences will have to make in the coming days and weeks as the TV biz quarantines itself and bars the door from studio audiences.

For example, two CBS game shows, “Let’s Make a Deal” and “The Price Is Right,” might even be impossible to make, since both of them rely on their studio audiences for their contestants. No decisions have yet been made about the status of those audiences, although a decision is expected shortly.

The main issue for producers of any kind of TV show that relies on a studio audience is what to do with the absence of sound that normally emanates from audiences -- laughter, applause, the occasional “Aww” (in response to cute babies or animals) or the ever-popular "Woo-hoo!"

Audiences are heard more than seen on TV, although they are shown whenever a late-night guest comes on stage and receives a near-unanimous standing ovation. Audiences are part of the show. This is why TV shows employ people to “warm them up.”

Audience enthusiasm is important, whether real (as in laughter arising from something that is actually funny) or faked (as in the Pavlovian applause that is generated by a blinking “Applause!” sign).

Without audiences, who will laugh at Colbert or the two Jimmies? Who will applaud every time “Double Jeopardy!” appears on the clue board on “Jeopardy!” (whose empty studio is shown in the picture above), or when Vanna touches a letter on “Wheel of Fortune”?

Perhaps this audience-free interval might emerge as a period of innovation and creativity as the late-night shows, for example, try and produce comedy designed strictly for viewers at home, and not for home viewers and studio audiences at the same time.

As for the quiz shows, will audiences balk if “Jeopardy!,” for example, decides to go with pre-recorded applause when situations arise that are in need of some applause audio?

One of the great strengths of “Jeopardy!” is its authenticity. Fake applause on a show as revered as “Jeopardy!” might be the wrong way to go.

Who knows? Curiosity over how the late-night shows and quiz shows will look and sound without studio audiences could generate even more sampling as people tune in to see what they will do.

The thing that TV can always count on is this: In good times or bad, people will still watch television.

entertainment, streaming, television
1 comment about "Studios Might Be Empty, But Home Audiences Will Just Get Bigger".
Check to receive email when comments are posted.
Next story loading