PepsiCo Hopes For A Big Gulp Of Energy With Rockstar Acquisition 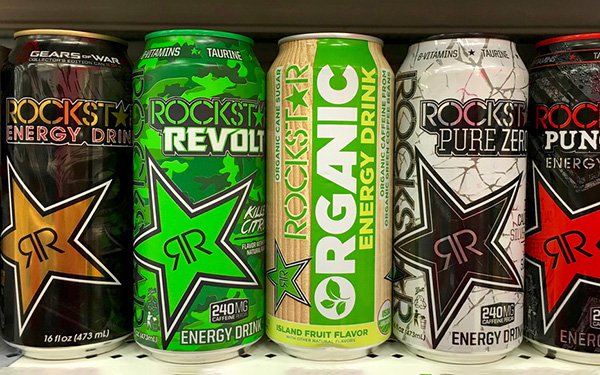 PepsiCo is doubling down big time on its 11-year-old distribution partnership with Rockstar Energy Beverages — to the tune of a $3.85 billion acquisition of the energy-drink brand.

Announced today, the deal comes amid a tidal wave of established and nascent energy-drink offerings and PepsiCo’s thus-far incremental efforts to gain a stronger footing in the category.

“Over time, we expect to capture our fair share of this fast-growing, highly profitable category and create meaningful new partnerships in the energy space," Ramon Laguarta, PepsiCo’s chairman-CEO, stated.

Founded in 2001, Rockstar products are available in more than 30 flavors at convenience and grocery outlets in 30+ countries. PepsiCo has had a distribution agreement with Rockstar in North America since 2009.

According to research from Innova Market Insights, the average annual growth rate for food and beverage launches making an “energy” claim clocked in at 20% from 2014 to 2018.

“The need for energy is not going away, and soft-drink companies are recognizing that energy-enhancement still has long-term growth prospects, despite the perception that the sector is mature,” he adds.

Many in the beverage industry and on Wall Street have been wondering when PepsiCo would up its energy-drink game in a major way.

In the company’s Q4 2019 conference call with financial analysts last month, Kevin Grundy of Jefferies said Rockstar has “lost share over time” and asked Laguarta about PepsiCo’s strategy in the energy category.

“So we’re playing in energy with Rockstar,” said Laguarta. “It’s a brand we think we have the opportunity to…working together with the Rockstar owners, to develop and to reinvest, and I think we can do a better job there.”

The Rockstar transaction is expected to close in the first half of 2020.