For Now At Least, The Future Is In Teleconferencing 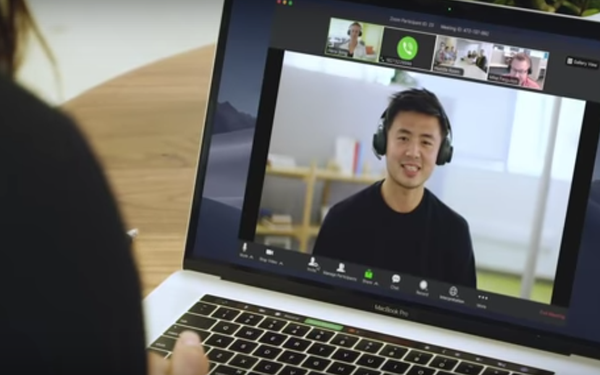 As it stands now, employers are increasingly telling their employees to work from home, and schools are making the same arrangements for their students and lecturers.

It would appear that teleconferencing is going to get much more important -- fast -- as  COVID-19 spreads in the United States.

Meanwhile, how effective online learning can be, both with texts and video lectures, will be put to the test. The Chronicle of Higher Education posted a story,“Coronavirus and the Great Online-Learning Experiment,” with this challenge: “Let’s determine what our students actually learn online.”

According to government data, as of 2017-18, only about 29% of American workers are capable of working at home. That’s about 42 million.

A new surge of students, teachers, employers and employees will likely be using the Internet more in the weeks ahead, and when the crisis abates, it’s likely work and school will never be the same.

Experts are betting Internet traffic will cause slowdowns online, as workers run into the millions using bandwidth for video like YouTube, Netflix and video games. Video makes up more than 70% of all Internet traffic.

Companies in the teleconferencing space have rushed in to make good first impressions. For example, Zoom has arranged some free use in some circumstances.

Earlier this month, Google announced it would roll free access to its advanced Hangouts Meet video-conferencing product to all G Suite and G Suite for Education customers around the world. That will allow live streaming “for up to 100,000 viewers within a domain” and the ability to record meetings and save them to Google Drive.

In its announcement, Google said that in  Hong Kong and Vietnam, where the coronavirus became apparent sooner than it has here, “hundreds of thousands of students” are now using Hangouts Meet and Google Classroom.

“We’re committed to supporting our users and customers during this challenging time, and are continuing to scale our infrastructure to support greater Hangouts Meet demand, ensuring streamlined, reliable access to the service throughout this period,” Google said.

Cisco’s Webex video conferencing also created a service that gives unlimited use and supports up to 100 users at once, and is offering free 90-day subscriptions, among other new services and temporary measures.

“We’re also proactively expanding our worldwide meeting capacity, scaling up further in the United States and Europe, working with non-governmental organizations to enable schools (among other use cases), while partnering closely with our customers who are rapidly scaling up their work from home efforts,” it said in its announcement.

Microsoft Teams is offering a free six-month trial that includes a suite of meeting and long-distance collaboration tools, and is easing limits on its users. It’s already seen a big spike in usage in China.