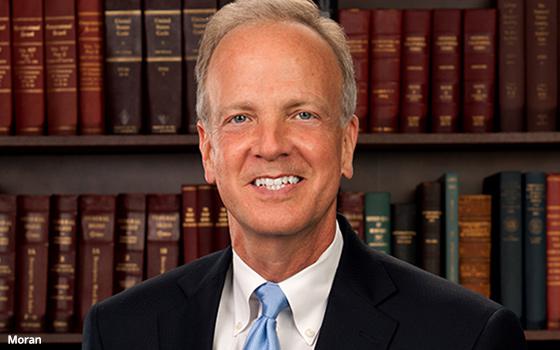 A Republican U.S. Senator has introduced a new privacy bill that would override most state laws, such as the sweeping new measure in California.

The Consumer Data Privacy and Security Act of 2020, unveiled Thursday by Sen. Jerry Moran (R-Kansas), would broadly require companies to allow consumers to access, correct and delete their personal data.

The 71-page bill's definition of personal data includes information that identifies individuals, or is “reasonably linkable” to them -- including IP addresses, some data stored in cookies, and device identifiers. Data that has been de-identified, or that has been pseudonymized, is excluded from the definition.

The measure would also require companies to allow consumers to opt out of the collection and use of non-sensitive data, and to obtain consumers' affirmative consent before gathering or processing “sensitive” data -- including financial account information, medical history, precise geolocation data, some biometric information, and data about race or ethnicity, religious beliefs and sexual orientation.

The proposed law would vest enforcement with the Federal Trade Commission and state attorneys general.