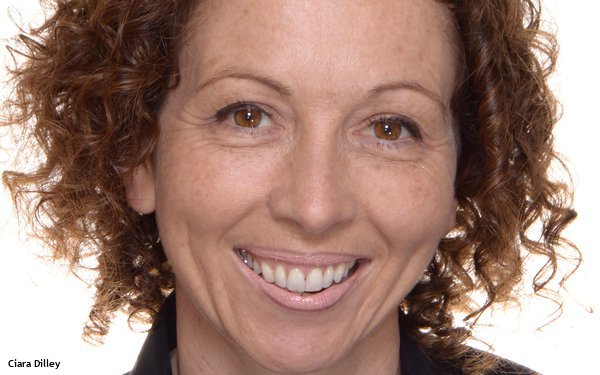 PepsiCo’s 2006 acquisition of Stacy’s Pita Chip Co. inspired the CPG giant to provide more support to female founders in the food and beverage space. One such effort is the annual Stacy’s Rise competition, which is entering its second year.

At the recent Natural Foods Expo West—which was canceled at the last minute due to concerns about COVID-19—PepsiCo’s Frito-Lay was on hand for the final, live round of the company’s inaugural WomanMade Challenge competition. Not to be deterred, the company pivoted to a nationwide, video-conference format so that it could determine the three winners.

In this interview, Ciara Dilley, vice president, transform brands and portfolio at Frito-Lay, talks about the challenges female founders of CPG brands face.

CPG FYI: Tell us about the genesis of your Stacy’s Rise initiative, the mentorship and funding program named for Stacy Madison, founder of Stacy’s Pita Chip Co.

Dilley: Stacy was, and still is, very dedicated to supporting female entrepreneurs. We took inspiration from her and we wanted to continue on with her legacy. As we reviewed the program, we realized we probably know more about female founders in the healthy snacking space than anyone else—because we are the world’s largest snacking company and the biggest in America.

So last year, we focused specifically on women in healthy snacking and beverages. We mentored five women over a three-month period, as well as providing financial support and expert advice. That will be the focus again this year.

CPG FYI: What are you looking for in the entrants?

Dilley: The key criteria that we will be looking for is, first, the strength of the business idea and how distinctive it is. Do you have something that would get consumers’ attention—that might address needs not addressed by someone else in the marketplace?

Second is, do you have a strong mission or purpose behind your company?

The third one is future potential. Could we see your business grow? Do you have a vision? And what your innovation pipeline could be.

CPG FYI: Why is it harder for women to start CPG companies?

Dilley: When women are looking for venture capital money—which is still far and away the number-one source of investment for small companies—the vast majority of VCs are still staffed by men. A woman comes in and often is presenting an idea that they may not fully understand the need for.

Because quite often, [men] actually aren’t the purchasing consumer. We know that women control over 80% of purchases, particularly in the CPG area. So when a woman is trying to sell her business idea to that type of forum, that can be a real challenge because they just don’t see the opportunity.

CPG FYI: Is that changing?

Dilley: I do think what’s exciting is that money is becoming available in many more areas than traditional VCs, including crowd sourcing, which women use a lot more than men. The other opportunity that exists is the VC’s are really waking up to this disparity, and also to the fact that they could be losing out on a lot of potential profit. And they are striving to ensure that their teams are much more representative of diversity than they ever have before.

CPG FYI: So what happened at Natural Foods Expo West?

Dilley: When I’ve been to Expo West over the past few years, the number of female founders has been growing and growing—and yet there was no forum for women to come together and talk to each other and support each other. So we decided to fix that and launch our WomanMade Challenge.

We had over 100 entries, and had a terribly difficult job narrowing it down to the 10 finalists.

We planned to show up on the Friday before [the event] and [entrants] were going to pitch in front of the judges. We also invited some of our key retailers to come along, and VC companies and people with investment opportunities to hear the pitches as well.

CPG FYI: Then the event was canceled.

Dilley: What happened, happened. And we were just determined that there was no way we were going to postpone or cancel. We wanted to award the $100,000 grants -- $50,000, $30,000 and $20,000 -- to three female entrepreneurs, and we also wanted to recognize the incredible efforts these women had put in preparing for the pitch. So we ran it virtually!

Using Zoom, we got our judges dialed in from Virginia, LA and Dallas, and then the women dialed in from all over the country. Each one presented for five minutes, and they all stayed on and listened to each other and encouraged each other. The camaraderie and spirit were amazing.