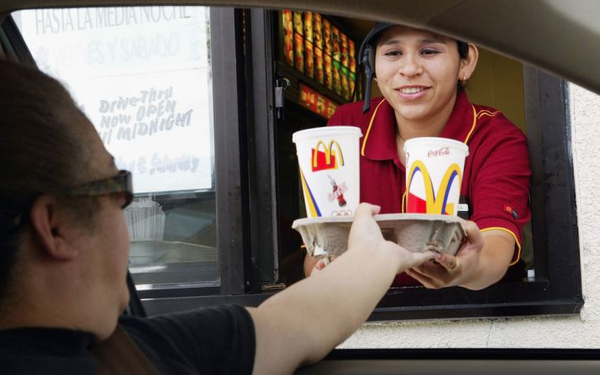 Although it didn’t seem possible just a few weeks ago, the financial impact of the 9/11 terrorist attacks on bars and restaurants in major cities across the country now seems to pale in comparison to the growing devastation being wrought by COVID-19.

In the immediate aftermath of September 11, 2001, airlines were grounded, tourism in major cities collapsed and many eating and drinking establishments were devastated -- as were food-service providers, bartenders, cooks, waiters and waitresses. Yet when air travel resumed on Sept. 13, tourism began to rebound and restaurant traffic slowly recovered.

Things are very different with the current crisis -- and a timetable for full restaurant recovery is beyond anyone’s ability to estimate or even guess.

Before the first U.S. case of coronavirus became known on Jan. 20, major U.S. quick-serve restaurant chains were already struggling with slow or negative foot traffic, due to endless competition.

Take McDonald’s. On Jan. 29, the company reported its 2 million worldwide employees had helped the QSR giant post a record $100 billion in systemwide sales in fiscal 2019. Yet in the United States, while comparable sales had risen 5.1% in the fourth quarter, actual foot traffic was negative, since sales growth came from product mix and pricing.

In addition, a tight labor market -- in what was generally considered a strong economy -- was squeezing all QSRs on the expense side of the ledger.

According to place-based foot-traffic data provider Placer.ai, QSR brands typically see a dip in traffic from late February into March. Still, in the 11-day period of Feb. 26 through March 7, Chick-fil-A’s traffic had increased 11.9%, followed by Starbucks (+4.2%) and McDonald’s (+2.9%).

All that upward momentum changed between March 7 and 14. As reported by Recode, citing data from OpenTable, week-to-week restaurant occupancy plunged by 64% in Boston and New York, 63% in Seattle and 58% in San Francisco and Indianapolis.

Fast-forward to this week’s federal coronavirus guidelines -- which counsel people to avoid bars and restaurants -- and local strictures that have shut down such establishments altogether. Takeout meals and home delivery will continue, at least for now.

One after the other, restaurant companies are now issuing warnings to disregard their previous earnings guidance in light of a completely unpredictable timetable for normalization of their operations.

Denny’s Corp. said yesterday it has secured additional funding through a revolving credit facility, and that it “expects consolidated results to be materially affected for the second quarter and full year of fiscal 2020.”

Even before government-mandated shutdowns, concern about restaurant labor policies -- in particular, sick leave -- had begun to generate headlines and Congressional attention, if not immediate action.

According to Nation’s Restaurant Business, Restaurant Opportunities Centers United estimates that roughly  25% of U.S. restaurant workers are covered by some form of sick leave law, leaving matters for the other 75% largely in the hands of restaurant operators.

It’s too early to tell whether and to what extent people will hold eateries accountable for how they treat their employees once the COVID-19 crises subsides and foot traffic recovers. Research from The Hartman Group shows that issues relating to labor, employee welfare, food waste and supporting the local economy rank below traditional criteria like taste, convenience and low price in terms of importance.

The company’s "Sustainability 2019: Beyond Business as Usual" report found that just 22% of consumers said an important consideration for selecting which QSR to dine is that the restaurant “treats workers/employees fairly” — while 20% said it’s important to “support the local economy.”