Critiquing TV News In Time Of Crisis Is Pointless 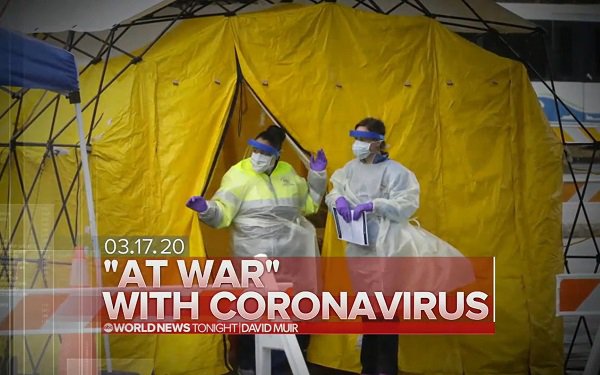 The journalism of covering the television business has changed in various ways in the three-plus decades your TV blogger has been practicing it.

And one of the staple stories that has fallen by the wayside is the summing up and critiquing of how TV news organizations perform when it comes to big, breaking news stories such as the one we are all living through right now.

With news media today that is so numerous and diverse, what is the point? And even more importantly, how would anyone go about experiencing all of that media sufficiently in order to determine who reported the story best, or worst?

This used to be a customary assignment when big news broke. “Hey, you,” an editor would say, referring to a TV columnist whose name he had trouble remembering. “Watch all the coverage of [insert calamity here] and write 17 inches on how everybody did by 5 o’clock.”

And so the story would be written: Who reported what, who beat who, who made mistakes and who didn't. These "stories" were nothing if not opinionated.

At the newspaper where I used to work in the 1990s and early ’00s, I had a unique set-up of equipment that had been assembled just for this purpose.

It consisted of a regular TV set (the old, non-flat screen kind) hooked up to a component used commonly in security camera systems -- a splitter capable of dividing my TV screen into four quadrants.

On these small screens, I could then watch four networks at a time, although this method had its limitations. Most notably, though I could see them all, I could only hear one of them.

This made judging the totality of how the networks were covering a story -- encompassing both the pictures and sound -- nearly impossible.

This was one reason why I came to the conclusion some years ago that reviewing the network newsies in the event of breaking news was not really possible to do with any real, comprehensive knowledge or fairness.

This happened often, but I still continued to do these assignments for the simple reason that my editors continued to order me to do so. One thing I learned early on in the news business: Newsrooms are not democracies.

However, no one is ordering me to do this now. Nor has anyone done so in a number of years. It is just as well -- I have no desire to critique any of the networks and their coverage of the current crisis, although some people who might be reading this undoubtedly have some strong opinions of their own on this subject.

My own take on the subject is to give the news organizations a big group pass at times like these. Although I am sure there are things a TV critic can find to complain about in the great mass of coverage that we have seen lately, the coverage generally has been great.

This story has been multifaceted with many moving parts. It is local, national and international. It is medical, political and financial. It is that rare story that affects every American.

In this regard, the only other kinds of stories that compare to it are weather stories -- in the way that weather stories affect diverse subsets of the population more or less equally.

But even a weather disaster lacks the scope of the coronavirus pandemic. The last story that was anything like this was 9/11 and its aftermath.

For me, that event provided a lesson in the dedication of newspeople at times of great stress. This pandemic is one of those times.

And although the journalists who are working tirelessly to cover this story have families, homes and health concerns of their own, they are on the job for long hours reporting a great deal of complicated facts and data in the best way they know how.

Some people watching the coverage might be frustrated at what they might not be learning from the avalanche of facts and figures.

But it is good to remember at such times that journalists are only human. They are there merely to report on problems and issues, not resolve them.