A Tribute To Gale Metzger (By Some Of His Many Friends)

Gale Metzger was one of the most brilliant people ever to work at Nielsen. Former head of NBC research Nick Schiavone, and a well-known critic of Nielsen, said “It's hard to remember anyone with ‘Babe Ruth’ status at Nielsen with the exception of Arthur Nielsen Sr. & Jr., Gale Metzger, Ed Schillmoeller and Erwin Ephron.”

When Gale left Nielsen, he became chief consultant to the industry’s Committee On National Television Audience Measurement (CONTAM), the organization which sprung up when the U.S. Congressional Harris Committee began to investigate problems in the Nielsen system in the early 60s. It was through his work for CONTAM that he created a “Principles” document.

This led to his SMART (Systems for Measuring And Reporting Television) initiative which was backed by major networks, advertisers and agencies to the tune of $40 million. One of the innovations of SMART was a universal code for each TV program, anticipating today’s EIDR codes. SMART created a panel in Philadelphia as a template for a better rating system.

The industry expressed its gratitude to Gale for getting Nielsen to emulate SMART in so many ways that the industry could continue using Nielsen, which unfortunately meant that SMART could not go forward in a big way. It continued to operate however, providing types of data with great accuracy that the industry needed. At TRA we bought Gale’s Home Technology Monitor data which we used as the most accurate Universe Estimates for homes owning specific types of new devices.

In 1969 Gale co-founded Statistical Research, Inc. with Gerald Glasser, and was the first company to patent and introduce Computer Assisted Telephone Interviewing (CATI), although they chose not to enforce the patent.

SRI also developed the first viable Random Digit Dialing (RDD) sample selection techniques. CATI and RDD became two of the most widespread research technologies in the world. In 1972, SRI launched RADAR, which became the audience currency for audience measurement in network radio. RADAR was based on a one-shot study called CRAM created by another research genius the great Paul Klein of NBC.

In 2001, SRI sold RADAR to Arbitron who continues that service to this day, now as Nielsen Audio. The custom research side of SRI was sold to Knowledge Networks, also in 2001, which in turn was bought by GfK.

Emblematic of the worship all of us felt for Gale and everything he produced is this quote from David Lapovsky, then executive vice president-worldwide research at Arbitron: “National advertisers are willing to pay a higher cost per rating point for commercials run on RADAR-rated networks in part because the audience estimates are based on the commercial clearance system that is an integral part of the service.”

He kept me on my toes. His constructive criticism helped make TRA greater than it would have been. His contributions all across the industry are beyond measure.

And a few words from other industry leaders about Gale Metzger:

”Gale was old school in all of the best senses of the word.  He was a gentleman and a scholar who could be courtly even as he questioned one’s logic and methods.  He cared deeply about the hard problems in audience measurement and was a consistent champion of scientific standards.  He will remain an inspiration to practitioners of several generations.” – Scott McDonald

“Gale was the consummate researcher.  An extremely sharp mind, a gentle soul and an extremely kind person.  He will be missed.” – Leslie Wood

“I worked with Gale for many years. Indeed a great researcher and a wonderful person.” – Horst Stipp

“He hired me despite the fact I got most of his research questions wrong at my interview! He was a great researcher and an even better person.” – David Tice

“During my early years in advertising, Gale owned and operated the RADAR measurement service for national radio audience estimates.  I was at BBDO at the time and visited SRI's headquarters in Westfield, NJ. to review RADAR's methodology. Gale always made me feel at home, comfortable knowing that I was in the hands of a great thinker who was pragmatic while maintaining the highest standards.  A true gentleman. Here's to Gale.” - Gerard Broussard

“I met Gale at an MRC luncheon in the early ‘90s.   He was brilliant and kind and always answer my questions when I called.” – Ellen Sills-Levy

“One of my favorite people in the industry …a true innovator and visionary of our industry.” – Bruce B. Friend

“A true professional and gentleman. He will be missed.” – Jim Donius

“Certainly one of the greats of our industry. And a beautiful human being.” - Stu Gray

“I remember an entire industry turning to Gale for his opinion and leadership.  I am saddened by his passing.” – Joe Philport

“Gale was truly an inspiration and mentor for me. He never received full credit for his inputs to the global TV measurement standards that are practiced by many countries today.” – Bill McKenna

“A colleague and friend to many of us. I remember Gale too for his sense of humor.” (See photo below.) -- Tim Brooks

To those of you who would like to send a note to his daughter Bea, she has provided her email address: beatricefagan@gmail.com 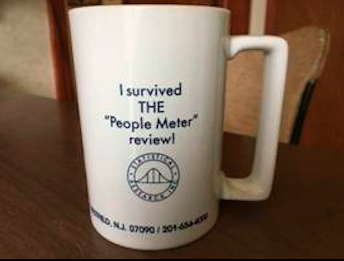