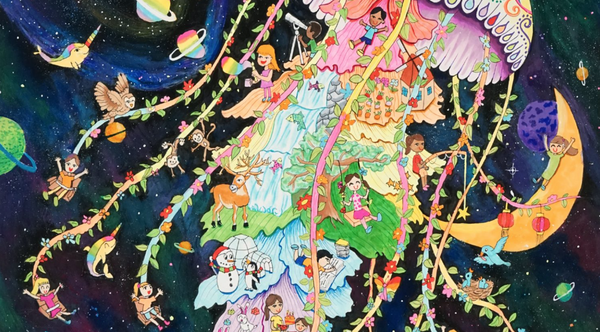 Protecting the environment and imagining a better world were among the themes of the award-winning futuristic car designs by young artists recognized by Toyota Motor North America.

The automaker recently concluded the 2020 Toyota Dream Car USA Ad Contest.  This year’s nine U.S. winners were chosen by a national panel of judges who assessed artwork by 41 U.S. finalists, the latter of which had been selected by Toyota team members and dealer employees nationwide from a pool of 97 U.S. semifinalists.

The contest received a record number of artwork submissions this year -- 1,700 -- reflecting nearly a 100% increase over last year.

Submissions were judged within each of three age groups -- 4-7 years; 8-11 years; and 12-15 years -- for artistry, uniqueness, and execution of concept.

While entrants' geographic reach and demographics were quite diverse, this year’s winners were all girls from one of four states: California, Michigan, New Jersey and Washington. The automaker posted a full list of winners, finalists and semifinalists.

Toyota in Japan held the first worldwide contest in 2004. Nearly 90 countries now host their own national contests under the same rules, but with varying artwork submission periods.