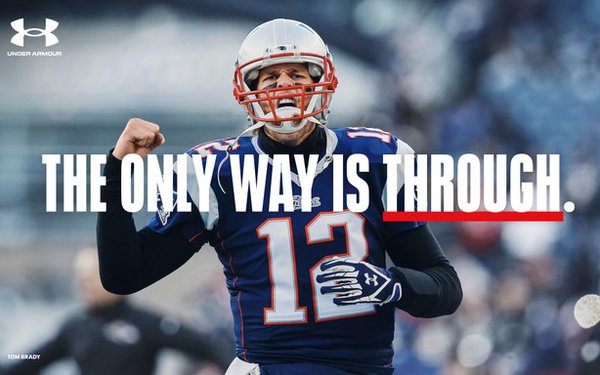 Even with pandemic fears gripping the nation, the St. Patrick’s Day announcement wasn’t lost on anybody who cared: After 20 years as quarterback for the New England Patriots, Tom Brady said he was moving on.

And poor Boston, its bars and restaurants shut down amid COVID-19 concerns, didn’t even get to cry into pints of green beer about the news.

Sports sources are reporting that a $30 million deal with the Tampa Bay Buccaneers is imminent and that the endorsement future of one of the National Football League’s most bankable stars is entering a new era.

The move will likely have little impact on existing endorsements. Under Armour, for example, told Women’s Wear Daily its relationship with Brady would be unchanged. And Ugg, another long-standing partnership, told the trade paper the 42-year-old legend is “still part of the Ugg family.” Nor is TB’s move to TB likely to reduce his appeal for luxury brands he represents, including Aston Martin cars and  Swiss watch company IWC Schaffhausen.

But he’s likely thinking well beyond those deals. “These days, he is more interested in promoting his TB12 lifestyle performance brand and his new 199 Productions,” says Barry Janoff, executive editor of nysportjournalism.com. Those other interests “would build his personal brand off the field and beyond his playing days, much like Kobe Bryant was doing and LeBron James continues to do,” Janoff tells Marketing Daily. “Brady is looking long-term to the next phase of his business life.”

The handsome athlete, long married to supermodel Gisele Bundchen, is something of a divisive figure.

How worshipped is he? “The Daily Show,” for example, just posted a job opening for a correspondent who must have “a jawline you could chisel wood with, 19 years experience in the NFL (or equivalent), fluency in English and Gronk…and name that rhymes with Dom Grady.”

Yet he is also the year’s most hated player in the NFL, according to e-betting site Sportsbetting.ag.

Janoff says a metric to watch closely will be jersey sales. “Even though he spent 20 years with the same team and wearing the same number jersey, Brady is one of the most prolific 'salesmen’ in NFL history when it comes to jersey and merchandise sales.”

Not only has Brady been the year-end leader twice, but he has had “a record 17 straight appearances in the Top Three.”

Brady led the Patriots to nine Super Bowls, winning six. Tampa Bay, which is set to host this year’s big game, has only been to the Super Bowl once, winning in 2003.