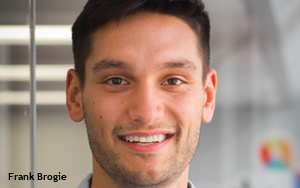 What do herding cats and executing in-store CPG promotions across hundreds of retail outlets have in common?

Gaining visibility into the setup and execution of promotions can typically involve emailed notes from hundreds of brand field reps, data entry to CRM systems, plus Excel to make sense of it all. There could be a 12-week time lag before a brand knows whether everything went as planned.

In this interview, Frank Brogie, product marketing manager at retail execution platform Repsly, explains how this is changing. The company recently assisted Kraft Heinz on a promotion for one of its refrigerated products in more than 300 Canadian stores of a global retail chain.

CPG FYI: How many stores might we be talking about for any given promotion?

Brogie: As an example, there are about 2,500 Kroger stores in the U.S. and over 4,000 Walmarts. So if we’re talking about a specific national brand, the total number of stores is in the thousands.

That doesn’t mean they’re going to send displays to all 4,000 of those Walmart stores. Typically, there would be hundreds of stores in a single nationwide chain. But there are promotions that run across multiple retailers. In those cases, you could have upwards of 1,000 stores.

CPG FYI: What kinds of things can go wrong?

Brogie: One of the retail execution nightmares that we’ve heard of is the display you’ve paid for—the space on the floor—gets set up, but actually gets filled with a competitive product. Big brands often pay for exclusivity on promotion across a certain period of time.

That could be “as long as our chip product is on sale, our most competitive chip products won’t also be on sale.”

That’s a right that brands pay for. It’s never malicious, but with hundreds of SKUs under a specific retail buyer, there’s a lot going on.

CPG FYI: Data from IRI indicates that it can take an average of 12 weeks from the start of an in-store promotion to find out whether it was fully executed. Why is that too long?

Brogie: If you’re a chip and salsa company that’s got a program going on for the Super Bowl, you might want to have your display set up by Jan. 20 to make sure there’s a good two weeks before the Super Bowl.

If it takes you 12 weeks to realize that those displays never arrived—or the product sat in the back room and they actually filled your display with a competitor’s product—you’re not finding that out until March.

CPG FYI: In the Kraft Heinz example, you say in-store compliance at the promotion’s launch date was around 50%, while the execution goal was 90%. What happened next?

Brogie: Kraft Heinz was able to build and deploy a survey to their team of nearly 100 field sales reps that took a few minutes. Within a few hours. all those reps had data and geo-tagged photos from a couple hundred stores across the country.

CPG FYI: What’s the value of the in-store photos?

Brogie: If you picture a national account manager having to call the retail buyer, it’s a very different conversation if they say, "Hey, I stopped at the store around the corner from the office and saw we weren’t executed properly." The retail buyer in that case is probably going to say, "Yeah, it’s probably just a one-time thing. I’ll maybe call the store manager and try to fix it."

But to be able to start that conversation with a gallery of hundreds of photos, tagged by location by each store from across the country, allows them to start action right away.