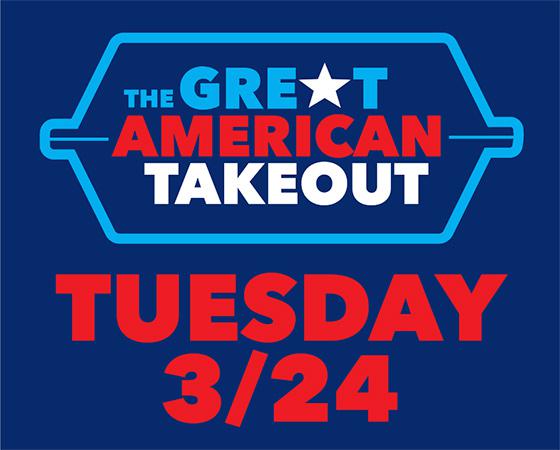 A coalition of national and regional eateries is backing a new campaign called the Great American Takeout--set for Tuesday March 24--in a bid to support the struggling restaurant industry, which has been particularly hard-hit by the COVID-19 pandemic.

Many states and cities nationwide have ordered all dine-in restaurant operations closed to help stop the spread of the virus, but posing great economic harm to the restaurant sector, which employs an estimated 15 million workers.

Many restaurants can still offer takeout service, though. The coalition is asking Americans to order at least one delivery or pick-up meal on Tuesday to show support for the industry.

The group cites conclusions from the Centers for Disease Control and Prevention and the Food and Drug Administration that there is little evidence that COVID-19 can be transmitted through food or packaging.

“This is no longer about the survival of individual restaurants,” stated Russ Bendel, CEO of The Habit Burger Grill, a member of the coalition. “It’s about the future of our industry. And time has run out. Together, we must act to support each other and our communities in unprecedented ways.”

Americans are being asked to post on social media in advance of the event at #thegreatamericantakeout to encourage participation, and to continue supporting local restaurants and industry employees by ordering takeout regularly in future.