Taking Comfort From TV: The Case For And Against 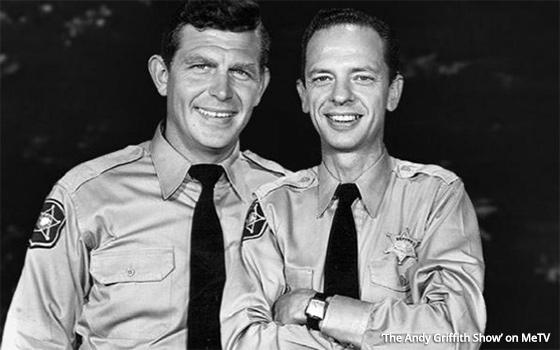 It is hardly surprising that TV has become one of the chief focal points in U.S. homes lately because of the condition of confinement so many people are experiencing.

TV is both a means of escaping from the current pandemic -- via the consumption of content that offers entertainment and/or comfort -- and staying connected to it, via the more or less constant flow of news and news conferences on TV throughout the day.

Please note: The TV Blog is well-aware that the internet is also a means of escape and a source of information for many in the current crisis.

But this happens to be a blog about television, so that will be the topic here. And as many people are aware, TV and internet content is often the same thing, or at least much of it is cut from the same cloth.

Among the stories and features turning up in various places these days are lists of TV shows that some journalists think we should watch to comfort ourselves. Depending on what they are listing, there is nothing particularly wrong with that.

This form of escapism is fairly obvious. The lists will often include older TV shows that, to many, symbolize simpler times (whether those times were really simpler or not).

“The Andy Griffith Show” (pictured above, on MeTV) is one that comes to mind. You would be hard-pressed to find a virtual destination farther away from the COVID-19 pandemic than Mayberry.

So yes -- if we are talking about a certain kind of TV show that is serene, sentimental, gently humorous and even merry, you could do worse than some of the black-and-white classics from TV's earlier decades -- from “Leave It to Beaver” to “I Love Lucy.”

In fact, the subject of escapist TV in a merry vein arose coincidentally even as this very TV Blog was being composed on Thursday morning, when a news release came from Crown Media, umbrella company of Hallmark TV networks (and other content platforms).

Among other things, the company announced that Hallmark Channel will air a marathon of its famed Christmas movies all weekend starting Friday (March 27-29) -- which it already did the previous weekend.

These Christmas-movie marathons represent Hallmark's unique approach to combating edginess and weariness while coping with the pandemic and its restrictions: Presenting feel-good movies about the December holidays.

Suffice it to say, given Hallmark's instincts and record of achievement in this area, they will probably draw a robust viewership.

But what about the case against TV as a comfort tool? This would seem to encompass a great deal more TV content than is represented by a handful of old shows and Hallmark Christmas movies.

So much of TV is made up of what many used to classify, in a bygone era, as antisocial behaviors and situations. So much of the storytelling seen on television -- in both “reality” (unscripted) and scripted content -- is based first and foremost on conflict.

On TV, conflict then escalates or explodes in various ways but in the majority of situations, the result is violence -- and often as not, extreme violence.

Binge-watching TV's contemporary dramas with their violence and antisocial antiheroes and anti-heroines might pass a lot of time during these days of little to do when confined at home. But they do not necessarily qualify as comforting.

And where the news and news conferences are concerned, they are not so much noisy as they are disjointed. One news show will report a piece of data, while another purports to be reporting the very same piece of data -- only the two reports differ.

Understandably, watching the coverage for hours has become an addiction for many. But how many of us come away from all of that time spent trying to understand aspects of this pandemic, only to realize we do not understand much of it at all?

The other day, a friend asked me if I can recommend anything that I have seen lately that he and his wife might watch during this “pause” period in all of our lives. As usual, when asked this question, I had no ready answer.

The answer I did give him might seem counterintuitive coming from a person who watches TV for a living. “Read a book,” I advised him.