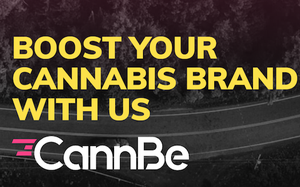 Two of the biggest digital platforms catering to cannabis enthusiasts—CannBe and Highlife Media—have joined forces to create an advertising network.

The partnership is designed to enable marketers of cannabis products and accessories—excluding cannabis flower and seeds—to target audiences they are prohibited from reaching on platforms like Facebook and Google and traditional media like television.

CannBe says the network’s total audience reach is approximately 200 million, which includes some 50 million that can be reached with ads served on such partner sites as High Times and Grasscity.

Platforms in the network include Green Valley Nation, which provides reviews and educational content about CBD; International Highlife, a source of “virtual cannabis news”; and World of Bongs, which sells smoking accessories.

“There aren’t many advertising channels when it comes to cannabis,” Oren Todoros, director of marketing and public relations at CannBe, tells Marketing Daily.

“No matter what you have in the cannabis space, you’re pretty much stuck when it comes to marketing because it’s rejected by Facebook and Google in 99% of the cases.”

CannBe doesn’t offer real-time bidding, as do many digital advertising exchanges. “We create customized campaigns for each of our clients. In the vast majority of cases, we run based on package pricing that we define and update regularly,” says Todoros.

CannBe has a legal team that vets advertisers for legal compliance as federal authorities continue to stem illicit marijuana sales. As reported by MarketWatch earlier this month, federal prosecutors in California have subpoenaed records from Ghost Management Group LLC, whose Weedmaps subsidiary provides an online directory of cannabis retailers.

“Anything that might be a grey area, such as Weedmaps or anything that requires more research, we run that past our legal team to make sure we’re not infringing on any legal issues,” says Todoros.

“In most cases, we haven’t had that issue because the vast majority of our clients I would say are recreational — or accessories in the cannabis space, like bongs and grinders.”