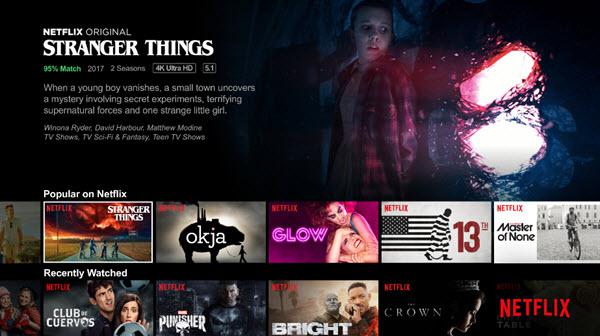 Despite recently initiated efforts by major platforms to throttle back their use of the internet’s bandwidth during the surging use driven by the coronavirus pandemic, the internet is showing growing signs of strain.

Potential shutdowns or compromised net service are of grave concern to governments and healthcare professionals around the world, of course.

On Wednesday, some Netflix customers in the U.S. and Europe reported an inability to use the service through its website — a problem that, according to a Netflix statement, was resolved in about an hour.

Netflix did not say what caused the problem.

Bloomberg reported that complaints were “pouring in” from Europe and the U.S. during the problem. The issue began to spike around noon New York time, according to service complaint-tracking site Downdetector, and the most common issue -- reported by more than 40% of respondents -- was losing a connection to Netflix.

The New York Times reported that unprecedented use levels driven by platforms including YouTube, Netflix and Zoom, as well as Facebook calls and video gaming, are “starting to show in Europe and the United States — and the traffic is probably far from its peak.”

While the internet “is resilient enough to adapt to and support spikes in traffic,” the apps and platforms that depend on the net’s structure “seem a bit shakier,” observed Adam Clark Estes in Recode.

“We need to realize that the touchless economy (also known as the ‘distance economy’) may be what stands between us and a full-on economic depression,” he wrote in the Times.

“The touchless economy comprises the economic activities that remain possible without close physical interaction between people: the online meeting, the live-streamed yoga session, the virtual conference, the drop-off delivery of groceries and other physical goods. As it stands, this is pretty much all the economy we’ve got.”

One critical piece of this, he says, is to ensure broadband access for all. “It was easier to mock the idea that internet access should be a ‘right’ when broadband was not, as it is now, the essential infrastructure for most economic and even social transactions,” Wu writes.

“The Federal Communications Commission has convinced the telecommunications industry, for the time being [during the pandemic], to waive late fees and not disconnect customers unable to pay their bills. That’s a commendable start, but if this crisis drags on, it will not be enough. The government may need to find ways to guarantee broadband access to the public at speeds sufficient for economic activity.”

A study last year by Microsoft found that 162.8 million Americans aren’t using the net at broadband speeds, and about 25 million don’t have access to broadband at all.