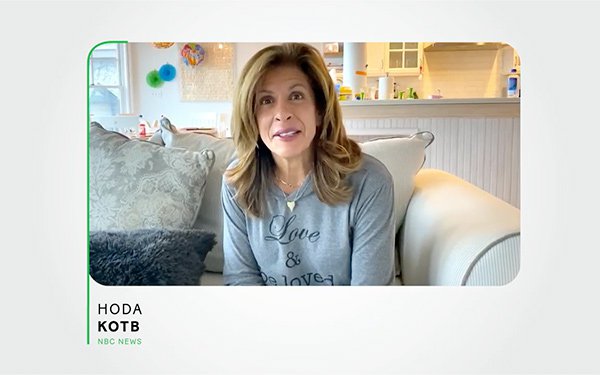 Adding to the growing COVID-19 public service messages on TV, NBCUniversal is starting up a massive campaign under its longtime “The More You Know” PSA brand effort.

Over a dozen marketers and ad-tech companies have donated commercial airtime, service fees, and data and/or with distribution on their own platforms to run the NBCUniversal-created Ad Council PSAs.

Nearly 40 celebrities among NBCU’s talent will be featured in the push, headlined by Kelly Clarkson, Andy Cohen, Ted Danson and Mary Steenburgen and Savannah Guthrie.

Over the last two weeks the CDC has ramped up COVID-19 efforts -- nearly 4,700 airings of national TV commercials, totaling 18.5 million in advertising, gleaning major impressions from Fox News, NBC, CBS, ABC, and CNN, among other networks, according to iSpot.tv.

NBCUniversal is working with the Ad Council, Centers for Disease Control and Prevention (CDC), the U.S. Department of Health and Human Services (HHS), and the White House, to develop creative to get the CDC's message out.