Huge Spike In Liquor Store Sales, As Americans Are 'Drunking'-in-Place 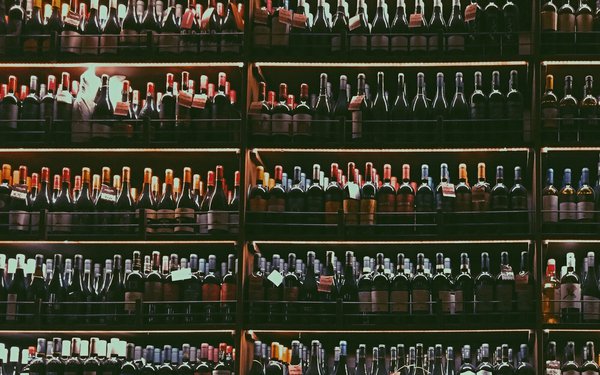 Liquor sales have skyrocketed since the coronavirus took hold, rising nearly 1,000% in one day in Pennsylvania, and by other huge percentages in New York and Ohio, according to eye-popping data from CRM software company Womply.

Nationwide, liquor sales were up 178%, this report says.

There’s little doubt the pandemic caused the spike. The report says, “Pennsylvania liquor stores were completely overrun on March 16th to the tune of an almost unbelievable 1,000% increase. This was almost certainly a response to the announcement that bars, restaurants, and state-run liquor stores would be closing down on March 17th”  because of the health crisis.

Pennsylvania is now considering reopening at least some of its 600 state-run liquor stores. At the same time, it boarded up a handful of them that officials thought were prone to break-ins.

On March 16, nationwide, liquor store sales were up 278% over last year, according to Womply data.

March 17 was also St. Patrick’s Day, a legendarily big day for drinking, and the report surmises many Americans stocked up so they could party at home.

Closing bars and restaurants because of the pandemic was thought to be the biggest reason for the sudden jump, but other factors came into play that might have convinced drinkers things were changing fast.

“On March 12th, shortly after the NBA suspended its season, sales spiked to 73% above the same time in 2019,” the report says, but it seemingly fails to make another connection: That was Black Thursday, whenWall Street experienced its largest single-day percentage drop since BlackMonday in 1987. It was, for some, a good day to buy a bottle.

Womply says it provides CRM software for 450,000 small businesses in the U.S. It tracks daily traffic at 3,500 liquor stores nationwide, according to Craft Brewing Business, a website that got hold of the report and said, “The data reveal what many have heard about or seen first hand -- COVID-19 is driving panic-buying of liquor.”

That contention is fortified by matching its March 16 crowds at Pennsylvania’s liquor sales to new unemployment statistics. The state reported a staggering 378,908  new unemployment claims Thursday, more by far than any other state in the nation.

Womply is producing other data on small-business performance nationwide. Most are severely down, but, unsurprisingly, grocery stores were way up, in double digits, in all but four states.

In other retail and service businesses, the research didn’t show dramatic downward change in most places, but it said it expected that would change as cities and states tighten restrictions.

One hang-tough business category: Pet services are still showing year-to-year gains in every state except Wyoming and New Jersey.