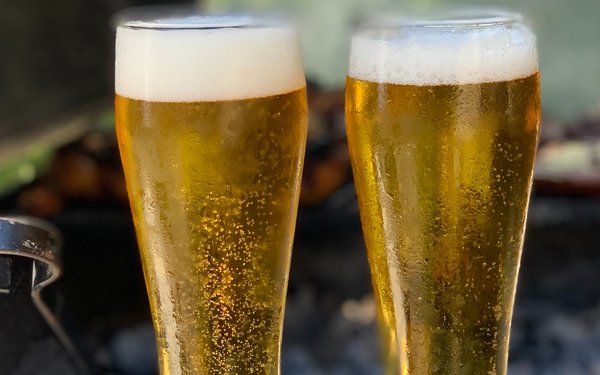 The pandemic is temporarily closing many businesses and shrinking business marketing plans, For craft beer labels, the bad results may not be temporary.

A survey started March 17  by the Brewers Association, the trade group for small brewers, gives a strong hint of the  damage to come.

“The numbers aren’t pretty,” reported Bart Watson, the chief economist for the association, last week.  “Because so many breweries sell a high percentage of their beer through their taproom or brewpub, and draught sales make up roughly a third of craft production, the rapid shuttering or restriction of breweries, bars, and restaurants has drastically cut short-term cash flow as well as production in the medium term.”

The survey results as of March 25 show 95% of respondents expect year-over-year results next month to be down. That’s probably about the same numbers other business sectors might report. But these are tiny companies that don’t have a lot of wiggle room.

The association is continuing its polling now. Jim Watson and Bourcard Nesin, beer analysts for Dutch food and agribusiness investment service Rabobank, predict hard times for craft brewers that didn’t already have established distribution channels or a presence selling online prior to the crisis.

As for the thousands of craft brewers that only sell on-premises, “Hope for some really good government assistance and small business loans and rent relief,” Watson says in a video Q&A on the industry website Brewbound.

Watson and Nesin see the kind of current beer-buying behavior that goes beyond marketing and settles for safety. “There’ll be a shift away from premium to the tried and true brands,” with consumers saying, “Hey, man, I’m just gonna get what I know,” Watson tells Brewbound.

Nesin adds that part of the allure of craft beers is the communal experience of trying something new, or just showing off with a new obscure favorite bottle when guests arrive.  But these days in social isolation, “I’m not flexing for my ‘beer ‘bros,’ ” he says.

Craft brewers have gone from an insignificant percentage of the total beer market to grab about 14% of it now. The craft beer movement slowed in the last few years, and now some may be hearing the cry of “last call.”

The fate of craft brewers would seem likely to mimic the predicament of many smaller businesses that built up their brands through intimate relationships with their customers.

“There are 10,000 wineries plus 7,000 breweries plus 2,000 distillers and tons of bars and restaurants," Nesin tells Brewbound. “Now when it comes to beer, consumers are trying to stock up on things because they’re scared. They don’t have a lot of headspace to help their local brewer unless that brewer means a lot to them, and there aren't that many around that have that kind of relationship.”

The upshot may be an acceleration of acquisitions by large brewers like Anheuser-Busch InBev and Molson-Coors, both of which have divisions picking off craft brewers ripe for the picking, usually with pledges to leave the craft brewer alone. Those acquisitions will likely continue at a faster pace.

“Craft beer ‘roll-ups’ [into larger companies] are going to be the dominant  form of craft, if they aren’t already. This can only accelerate it, right?” said analyst Watson. “To be part of an organization that can help you weather a storm like this...I kind of expect more consolidation. . . I fear that years of constant brewery growth, that’s got to come to a screeching halt.”