In Shift, Google Will Allow Political Ads Related To COVID-19 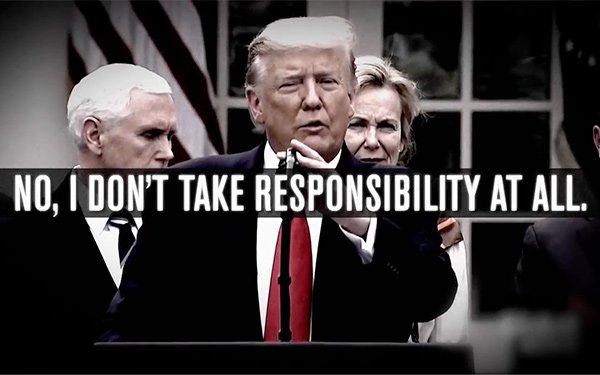 The company's move comes shortly after liberal digital ad shop DSPolitical publicly complained that Google was giving President Donald Trump "an unprecedented advantage in our upcoming elections" by banning Democratic ads relating to the outbreak, while allowing the current administration to run ads referencing the virus.

“Google is permitting Donald Trump’s governmental entities to run advertising mentioning COVID-19, and bans any political campaigns from doing so," DSPolitical wrote in a blog post earlier this week. "We’ve seen Donald Trump, in his official capacity, lie, spread misinformation about the virus, and attack Democrats. Google’s decision effectively amplifies his voice and censors Democrats across the country.”

Beatty wrote that the original ban on ads related to the virus was “designed to protect users by blocking ads that try to capitalize on short-term events like natural disasters.”

But he added that the epidemic "has become an ongoing and important part of everyday conversation, including a relevant topic in political discourse and for many advertisers in different sectors."

The memo says Google is "phasing in" ads related to COVID-19, beginning with ads by government entities, hospitals, medical providers, and non-governmental organizations.

"Soon, we’re planning to allow other advertisers, including political organizations, to run ads related to COVID-19," Beatty added. He did not give a specific time for when those ads could start appearing.

But even without a clear time frame, DSPolitical cheered Google's decision.

"We did it!" the shop tweeted. "Google to reverse COVID-19 censorship and phase back in advertisers to run ads on related issues. Although the timeline of this reversal for political candidates is uncertain, we’re glad to see Google made the right decision."