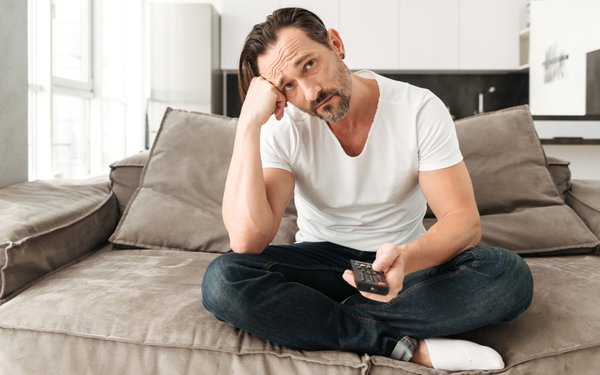 High TV viewing continues a month into the COVID-19 crisis, with more stay-at-home workers and students -- as well as more program fragmentation, according to TV ad platform Simulmedia, in its analysis of Nielsen data.

One key indicator: There are three times the number of national TV network programs posting more than a 0.5 rating among 18-49 viewers, according to Nielsen’s C3 measure, the average commercial minute metric.

“This is a clear sign of increased audience fragmentation,” says Dave Morgan, chief executive officer of Simulmedia. And the increase is good news for marketers.

Says Morgan: “This reflects that the incremental viewers are not going to [big] tentpole shows -- live sports, prime-time dramas... but that folks are finding lots and lots of different shows to watch with this time.”

Although there has been a recent decline, the overall national TV market is still at a high level in terms of viewing -- with a 15.4% increase to 10.2 billion national TV 18-49 C3 impressions through the last week in March. This is up from 8.7 billion for the period from March 2-8.

Morgan says Simulmedia has been doing extensive work for marketers shifting out of “cancelled live sports events [who] now need to find those audiences at scale in short periods of time with lots of granularity and do it fast... Our automation helps here a lot.”

Overall there has been a rise of 4.4 billion in national TV 18-49 C3 TV impressions since the beginning of March.

For the most recent week, kids TV networks --such Nickelodeon, Cartoon Network, Boomerang, Disney XD, and others -- are down 5.5% in impressions, this after a 8.7% and 4.9% additions in previous weeks.