Ad Sentiment Deteriorates For Near Term, Focus More On Pandemic Than Economic Factors 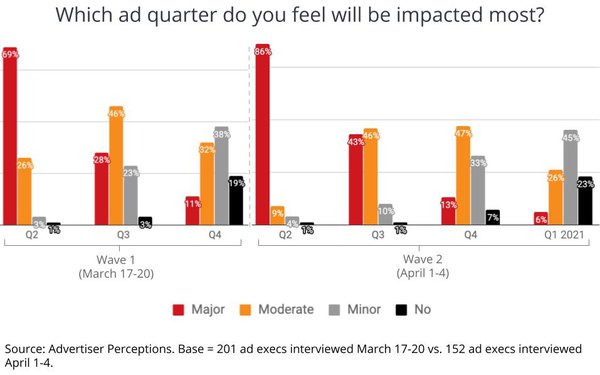 The sentiment for second- and third-quarter ad spending has deteriorated significantly over the past couple of weeks as the longer-term reality of the pandemic has set in among major marketers and agency media buyers. That's the finding of two surveys of top ad executives conducted by Advertiser Perceptions.

During the most recent wave conducted from April 1-4, 86% of ad executives said the second quarter and 43% said the third quarter would experience "major" impacts from the effects of COVID-19. That's up 69% and 28%, respectively, from a survey conducted March 17-20.

Interestingly, a significant percentage of ad executives said they were basing their advertising plans on signals surrounding the pandemic and not economic or ad marketplace indicators. 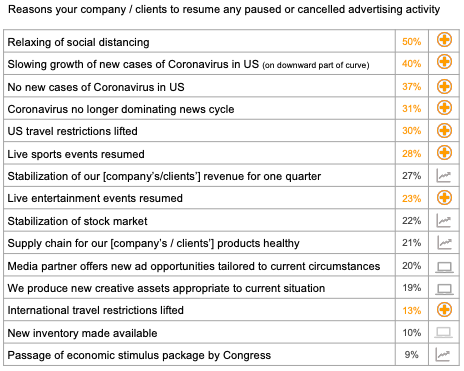 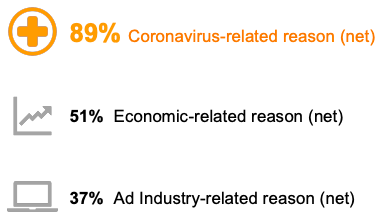