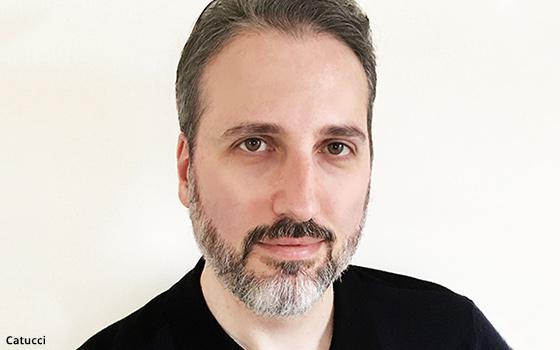 Influence.co has named Nick Catucci, former executive editor of Billboard, as editor-in-chief of its upcoming media publication nofilter, which launches later this month.

A free, digital destination for and about influencers and creators, nofilter is dedicated to helping them grow and expand their businesses, as well as cover their lifestyles for a general audience.

Influence.co, an online professional network with over 200,000 influencers, was created four years ago by CEO Niel Robertson as a “LinkedIn rebuilt for influencers."

The new publication will live on a subdomain of influence.co;nofilter will later get its own URL.

"I've spent more than a decade covering the music industry, which drives so much of culture today," Catucci stated. "Influencers and creators have become central figures in our lives and prime movers of culture.”

However, Robertson said he does not see nofilter as an industry publication, but a destination that will have a “much broader appeal to it," like followers of an influencer who want to know more about their journey.

Influence.co says it gets more than 175,000 nonmember users per month on its website, which is one of the reasons it saw a need for nofilter in the market.

“We always planned to launch in April — it’s just a coincidence that the consumption of influencer and creator content is skyrocketing right now,” Robertson said.

Influence.co had the largest organic traffic day on its site two weeks ago, he added, likely due to the fact people are spending more time online while staying at home amid the spread of COVID-19.

Influence.co has a similar business model to LinkedIn, Robertson said. The platform is free to join. Influencers and creators can use it to maintain professional profiles, network with peers, share content and connect with businesses for collaborations.

Influence.co makes revenue by selling premium memberships, selling to businesses that want to interact with their community and advertising products for people who want to reach that audience, Roberston said.

About half of the company’s revenue comes from advertising, he added. He noted the company is working on sponsorship deals for nofilter now, so that brands can get behind a content series.

Nofilter will later launch a content contributor network, similar to what Forbes and HuffPost have built for their communities. It will give influencers and creators the opportunity to write about the industry.

Last month, influence.co announced its seed financing. It has raised $4.4 million to date.