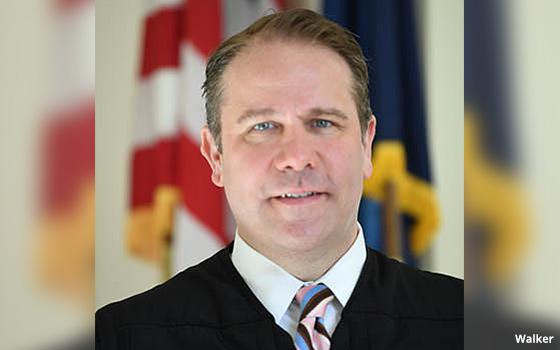 The industry groups first sued over the law in February. They argue in their new papers the underlying facts are clear-cut enough that the legal issues can be decided “on the pleadings” -- meaning without a trial or the exchange of evidence.

Maine's law, passed last year and slated to take effect in July, largely re-creates a set of privacy rules passed in 2016 by the Federal Communications Commission, but revoked by Congress the following year.

Maine's law only applies to companies that offer broadband access, like Comcast and AT&T, as opposed to search engines, social networking platform and other so-called “edge” providers.

The broadband industry groups contend the law violates their free speech rights in numerous ways, including by restricting their ability to collect and use consumer data, while allowing other companies to continue gathering data for ad purposes.

“The statute is riddled with irrational distinctions that undermine its ostensible

purpose of protecting consumer privacy,” the organizations write in their new papers. “It applies only to ISPs, even though myriad other businesses collect, use, and sell consumer information to an equal and often greater extent.”

But privacy advocates say there are good reasons to treat Internet service providers differently -- including that ISPs have comprehensive access to information about subscribers' web activity.

The broadband organizations say in their most recent court filing that internet service providers often “have less access to the data that customers transmit over the internet” than companies like Google.

“Individuals increasingly send data over the Internet through encrypted channels, including through websites’ widespread adoption of HTTPS,” the groups write. “When data are encrypted, an ISP can 'see' that a customer used its networks to retrieve or send data from or to a particular website (e.g., google.com); but, unlike the edge provider that operates the website, the ISP cannot 'see' the content of that communication or determine what actions the customer performed on that website (e.g., the specific search on google.com).”

Internet service providers have raised that argument in the past, but it's been met with skepticism by advocates and other observers.

In 2016, the policy consultancy Upturn reported that, despite the growing use of encryption, internet service providers can see a significant amount of internet activity, and can infer “substantial amounts of sensitive information” from that data.

The broadband industry groups also argue Maine's law should be vacated for vagueness. They contend the measure is ambiguous in a few respects, including whether it applies to everyone who uses broadband while in the state Maine, or only to Maine residents.

Additionally, the industry argues, the state law conflicts with federal policy because it largely reinstates a set of nationwide rules that Congress repealed in 2017.