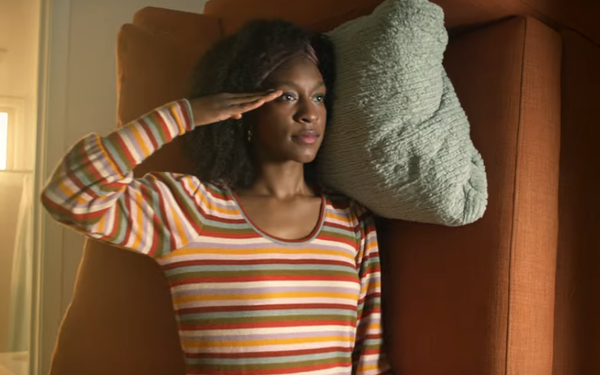 Burger King is donating food to nurses — and also substituting as school teachers for homebound kids, who can win a Whopper by answering academic questions within the QSR chain’s app.

Burger King’s “Stay Home Of The Whopper” campaign communicates support for healthcare professionals and encourages people to stay home during the COVID-19 crisis.

The campaign video from the FCB agency shows people reclining on couches while the voiceover intones, “Your country needs you to stay on your couch and order in” using the Burger King app, with delivery fees waved for orders in excess of $10.

As the couches stand on end, the people are turned upright and salute as they are told “It makes you a couch po-ta-triot.”

In a separate campaign from Paris-based agency Buzzman, Burger King is offering all students a free Whopper with any purchase on the chain's app—but only if students can answer questions on math, biology, chemistry or literature.

A 55-second video poses sample questions such as “Life is a tale told by an idiot, full of [PROMO CODE] and fury, signifying nothing.” (The word left out is meant to be used as a promo code.)

The promotion, available now through April 20 on the company's social media channels, is open only to registered app guests ages 18+ and to guests between the ages of 13-18 with parental consent.