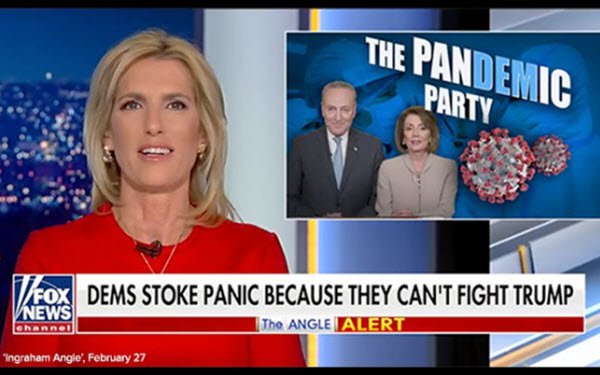 Fox News has filed a dismissal motion in response to a lawsuit that seeks to stop the network from allegedly violating consumer protection law by airing false information about the coronavirus pandemic.

Earlier this month, the nonprofit Washington League for Transparency and Ethics (WASHLITE) filed a complaint in the state’s King County Superior Court charging that Fox's “malicious misrepresentation and false information deprived the public of information necessary to prevent and mitigate transmission of the virus.”

The Fox motion to dismiss, filed Tuesday, argues that the suit’s claims “are frivolous because the statements at issue are core political speech on matters of public concern. The First Amendment does not permit censoring this type of speech based on the theory that it is ‘false’ or ‘outrageous.’ Nor does the law of the State of Washington.”

In a statement, Fox News Media general counsel Lily Fu Claffee added: “It’s Constitutional Law 101: the First Amendment protects our right to speak openly and freely on matters of public concern. If WASHLITE doesn’t like what we said, it can criticize us, but it can’t silence us with a lawsuit.”

The suit has a 61-page index with transcripts with quotes from Fox News hosts warning about the dangers of COVID-19, as well as commentaries on non-Fox news channels questioning the severity of the virus’s threat.

WASHLITE’s new counsel, Catherine Clark, told Variety that she will respond to the motion to dismiss, meanwhile stating that the suit is about ensuring that news organizations convey accurate information, not about attempting to block free speech.

The attorney originally representing the organization in the suit, Elizabeth Hallock, told Variety that she was no longer involved in the case.