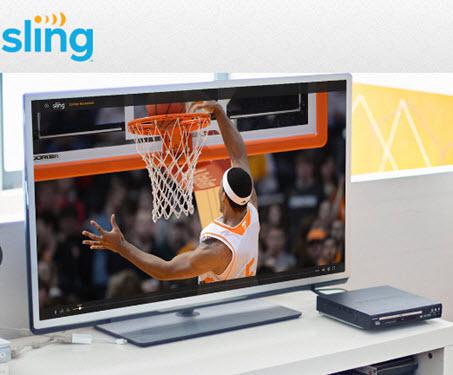 Sling TV has expanded its free access promotion to include all of the programming in its Blue package between 5 pm and midnight ET each night.

This latest extension of its ongoing “Stay In & Sling” promotion, dubbed “Happy Hour Across America,” offers those who register (no credit card required) free access to A&E, AMC, Bravo, CNN, E!, FX, HGTV, HLN, MSNBC, Fox News and TLC, among other channels in the package.

Sling saw its first net loss of subscribers (down 94,000) in last year’s fourth quarter, and as a result also lost its #1 live streaming service position to Hulu + Live TV.

Last month, Sling TV introduced free, no credit-card trial access, during the pandemic, to ABC News Live and thousands of family-friendly VOD movies and shows. To participate, users download its app through Roku, Amazon or Android devices or sign up at Sling.com on a Chrome, Safari or Edge browser.

Television news consumption on Sling increased by 164% over the past month, according to the platform.

Content sampling, intended to hook prospects who will ultimately commit to a paid subscription, is now being employed by HBO, as well as Fox News.

Sling had also been offering the Blue package, which it calls its “best news package,” for $10 off (both that package and its Orange one are priced at $30 per month).

The free-during-primetime promotion reflects viewers’ tendency to shift from news to entertainment starting about 6 pm, with peak viewership across Sling’s services occurring at 10 pm, according to the company.