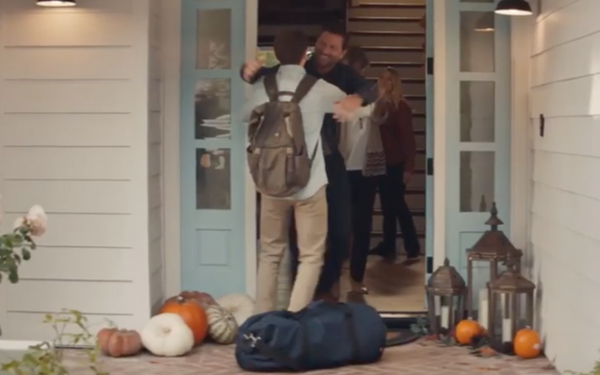 Coldwell Banker was prepared to launch a huge campaign in conjunction with the NCAA basketball tournament and March Madness before COVID-19 threw a huge wrench into their plans.

The company initially put the campaign on hold, but now is launching a new version of the ad, encouraging people to stay home and stay healthy while celebrating essential workers like nurses, military members and truck drivers.

Coldwell Banker CMO David Marine said the decision to go forward with the campaign was not made lightly.

”After taking everything in and assessing the situation, we felt the message was ringing true for many even in these times,” Marine  tells Marketing Daily. “We wanted to spread the message of the value of home, and do our part to appreciate the essential workers that aren’t able to stay home. They are true hometown heroes.”

The imagery does not show the social distancing that most are currently practicing to try to avoid catching the virus. The marketing team deliberated whether it was OK to leave as is.

”There was discussion, [but] ultimately we felt that it was aspirational and inspirational to show the imagery,” Marine says. “We all have a new appreciation for everyday tasks, being together and essential workers.  Because our spot is heartfelt, not tongue-in-cheek or comical, we felt like it would still really resonate now. We’ve even shared the ad with frontline workers ahead of releasing it to see how they felt about it, and to a person they all connected with the emotional message.“

This next phase of the relaunched campaign includes social media components that thank hometown heroes like nurses and doctors. The effort will run for the next few weeks across Facebook and Instagram.

“Given the highly social component it made sense to run it there, and we will reevaluate in a few weeks and may extend,” he says.

The campaign has started a social movement within the Coldwell Banker network of agents across the globe, Marine says.

“To honor those who would want nothing more than to be at home, we created a series of graphics honoring these hometown heroes as well as customizable social graphics for our network of agents to customize with photos of their own hometown heroes,” Marine says. 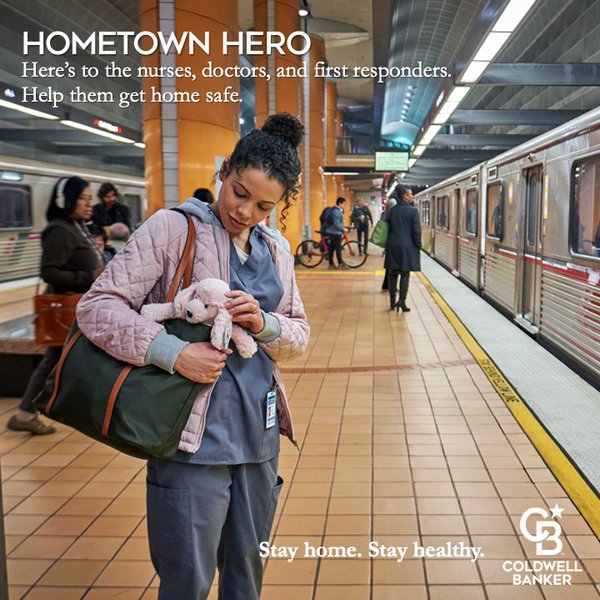