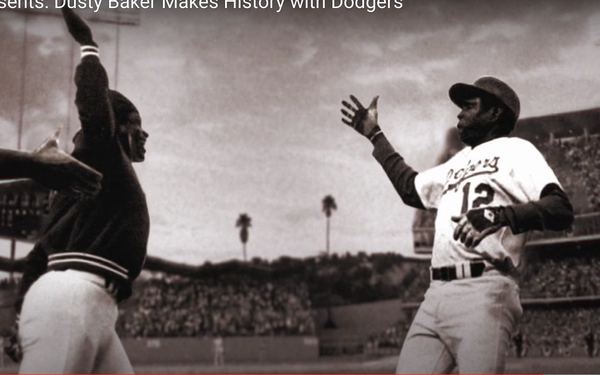 As most Americans probably know already, April 16 is National High-Five Day -- but this could be the last one.

SC Johnson, maker of Pledge, Raid, Windex and many more products, is teaming up with the Save the Children Fund to launch #TheNextHighFive Challenge.

They plan to crowdsource a competition to evolve the high-five into a new  “non-contact celebration” between pals, families -- and presumably, sports stars.

The campaign is part of SC Johnson's $1 million donation to Save the Children's COVID-19 response efforts.

The high-five’s special day usually avoids the spotlight, just like National Laundry Day the day before and National Cheeseball Day, coming up on Friday.

Its special notoriety this year is due to the fact that shaking hands, and exchanging  high- (and down-low) fives, is now frowned upon because of the pandemic.

The Wall Street Journal also reports today today that Geico has pulled an ad which, in typical mock-documentary Geico ad style, features an office worker describing how saving money on her car insurance gave her the same feeling she gets when she “goes to high-five a co-worker and you do a perfect high-five.”

In the ad, that beautiful high-five triggers a big office celebration, complete with two men dressed as giant hands givin’ each other some skin.

These days, that’s just not done.

Also part of the SC Johnson/Save the Children Campaign is  former Los Angeles Dodgers star and new Houston Astros manager Dusty Baker, who is generally credited with being the inventor of the high-five.

Baker often credits teammate Glenn Burke. Indeed, a photo (above) of the first high-five in 1977 appears to show Burke, on the left, initiating the slap to Baker.

Baker shows up in a new YouTube video soliciting a replacement gesture that keeps its hands to itself.

He introduces his son, Major League prospect Darren Baker, demonstrating one he has created. It seems similar to the Hawaiian shaka gesture that shows just the pinkie finger and thumb extended.

Without criticizing his son, his father suggests viewers create their own high-five replacement.

SC Johnson says for for each action that comes through #TheNextHighFive campaign -- either a video of a new handshake or just sharing the message -- the company will make “an incremental donation to Save the Children to fund its personal hygiene educational and awareness campaigns and  important COVID-19 response efforts.”

The company will also support The Astros Foundation, which is working with those in need in Houston, to encourage adherence to CDC health and safety guidelines.

"We want to enable parents and their children to live safer, healthier lives in this time of uncertainty and beyond," said Fisk Johnson, chairman and CEO of SC Johnson, in a statement.  The company says through the life of the campaign it will provide parents with tips about how to teach their children about the importance of practicing good hygiene.