Zillow, Fig Capture Lockdown Life In 'The Real Value Of A Home' Spot 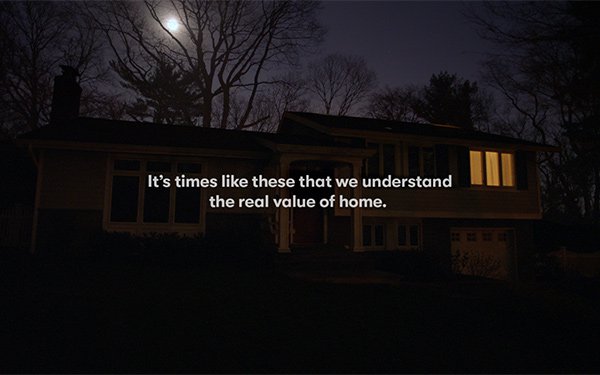 With agencies resorting to creative hacks in order to release ad campaigns during COVID-19 pandemic, agency Fig decided to replace what typically would have been actors in a spot for client Zillow with a production pro capturing lockdown life at his home.

The work, developed with production partner The Mill, is shot by director of photography, Joe Victorine. The film captures a full day of activity going on inside his home from an outside vantage point using a time-lapse sequence.  The ad ends with the message, “It’s times like these that we understand the real value of a home.”

“It was important that we find a way to create a film that resonated, without violating shelter in place orders,” says Scott Vitrone, Chief Creative Officer, Fig. “That meant writing an idea that could be shot, edited and finished safely, without anyone on the crew ever leaving home.”

The “The Real Value of Home” spot runs across national broadcast and digital media. This work represents the first work from the creative agency after landing the real estate platform’s account in December.