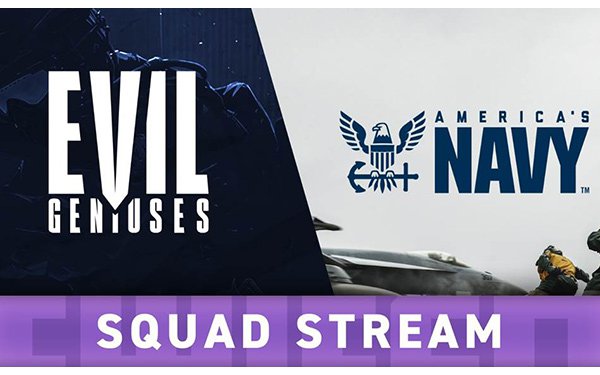 The U.S. Navy, with agency partner Wavemaker, has unveiled a new marketing platform to more deeply engage with Gen Z and showcase the naval force, its futuristic technology, and its range of career paths.

Although this campaign’s strategy was established prior to the health crisis, its framework is well-suited for the current stay-at-home mandates.

One part of the new effort centers on formal partnerships with leading e-sports companies, such as Twitch, gaming tournament league ESL, and editorial website DBLTAP, all tailored around the brand’s gamer audience. For instance, the Twitch deal includes sponsorship of the professional e-sports franchise Evil Geniuses to produce and distribute a six-episode content series that will showcase similarities in skills exhibited by both Navy Sailors and this e-sports team.

“Like the Navy, e-sports is a competitive environment that requires loyalty, teamwork, effective communication under pressure, and a strong commitment to continual improvement,” says Rear Admiral Brendan McLane. He adds, the Navy will “improve relatability with prospective Sailors and be able to better share sea stories about Navy life.”

Another component will establish and nurture the Navy’s own gaming squad. This Counter Strike: Global Offensive team will initially be trained by The Evil Geniuses to provide yet another interlinking web of promotional overlay. Although the inaugural team will primarily rely on those with recruiting experience, the Navy will then expand its membership base to gamers fleet-wide in order to demonstrate the Navy’s diverse range of specialties.

Next, the Navy will serve as a presenting sponsor at leading e-sports events, including DreamHack and TwitchCon in San Diego. DreamHack’s Dallas festival has been scheduled from May 22-24 to August 14-16 and TwitchCon, San Diego is slated for September 25-27.

Also the Navy will create custom content produced and distributed in collaboration with these e-sports partners, to be featured via online and social media channels controlled by the Navy and its content partners.

Late last year the Navy announced a strategic pivot away from TV advertising to focus “virtually all of its advertising money in the digital realm,” or more specifically, $33 million which equates to about 97% of the group’s total annual ad budget, according to USNI.org.