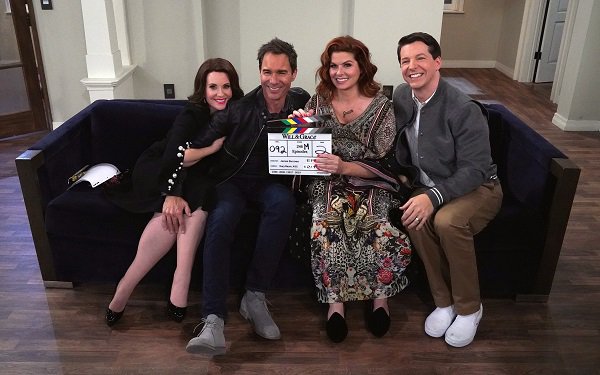 We have every reason to expect that Thursday’s scheduled series finale of “Will & Grace” on NBC will really be the last one.

It is also true that we have been down this road before.

Like a Cher or Elton John retirement tour, “Will & Grace” retired in 2006 only to return again in September 2017.

To its credit, the show lasted another three seasons. They come to an end this Thursday with a half-hour final episode preceded by a half-hour clip special.

The one-hour sendoff is a far cry from the show’s first farewell on May 18, 2006. On that evening, also a Thursday, NBC carved out two hours for “Will & Grace” to say good-bye -- a one-hour retrospective and a one-hour episode.

Perhaps it is just another symbol of how TV has changed in 13 years. Everything seems smaller now -- from the manner in which a network promotes and schedules a finale of a prime-time comedy to the size of the audience this particular finale is likely to attract.

The one-hour “final” episode of “Will & Grace” drew an audience of 18.43 million viewers in 2006, but there is no way it will attract anywhere near that number this week.

Networks used to keep a lid on high-profile series finales in order to prevent the writing and publication of spoilers. Networks very rarely, if ever, provided series finales in advance of their airdates for TV columnists to watch beforehand.

Not so with this week's “Will & Grace” finale. Maybe the network has developed a deep sense of trust of the nation’s TV critics, reviewers and bloggers that we will all do the right thing and not reveal any spoilers before the multitudes get a chance to experience the end of “Will & Grace.”

On the other hand, this finale episode is not exactly chock full of shocking moments. Instead, the four characters -- Will (Eric McCormack), Grace (Debra Messing), Karen (Megan Mullally) and Jack (Sean Hayes) -- all experience various milestones in their lives, none of which are too surprising.

You can put away the Kleenex; there will be no tears shed here. It is a mild, unemotional farewell, especially since the show’s main storyline -- Grace's pregnancy and her plans to move with Will to a house in the suburbs where they will raise their two children -- was previously revealed (possibly as recently as last week’s episode).

The title of this second finale is “It’s Time.” And yes, it is high time to call it a day, since aspects of this Will and Grace saga are bordering on implausibility.

For example, I do not know the ages of the Will and Grace characters, but Eric McCormack is 57 and Debra Messing is 51. Those are not the ages that most people decide to leave New York City to raise small children in the suburbs.

But anything is possible. And Will and Grace are not like other couples. He's gay, she's straight -- and together they have two children and comport themselves like a husband and a wife. Will we ever see them again? Judging from past history, the answer is: Possibly.

television
1 comment about "'Will & Grace' Prepares To Say Good-Bye -- Again".
Check to receive email when comments are posted.
Next story loading