AT&T CEO Stephenson To Retire, Stankey Will Take Over 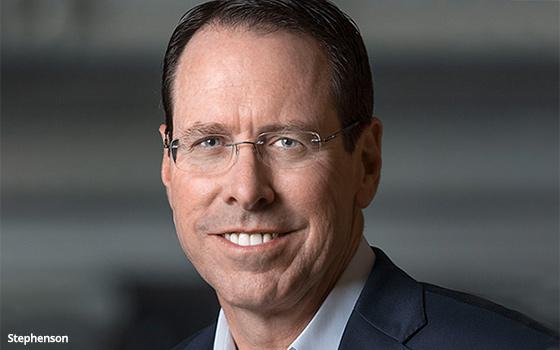 In an expected move, Randall Stephenson, chairman/chief executive officer of AT&T -- who led the company over the last several years, expanding its footprint into entertainment, TV and film -- is retiring.

AT&T President and COO John Stankey will take over the position on July 1.

Stephenson, who will remain executive chairman of the board until January 2021, said two months ago that he would remain chief executive officer for the rest of the year.

Stankey has transitioned from chief executive officer of AT&T’s WarnerMedia.

Activist investment firm Elliott Management has been pushing for senior executive changes for some time -- largely due to AT&T’s massive entertainment deals, which took on a lot of debt at around $151.3 billion.

Stephenson led the company for the past few years with some major entertainment/television acquisitions -- Time Warner's deal for $85 billion in 2018; DirecTV, for $67.1 billon in 2015; and AppNexus, the digital advertising technology company, for $1.6 billion in 2018 (now Xandr).