AT&T: Stephenson Stepping Down As CEO July 1, Rather Than Year-End; Stankey Named Successor 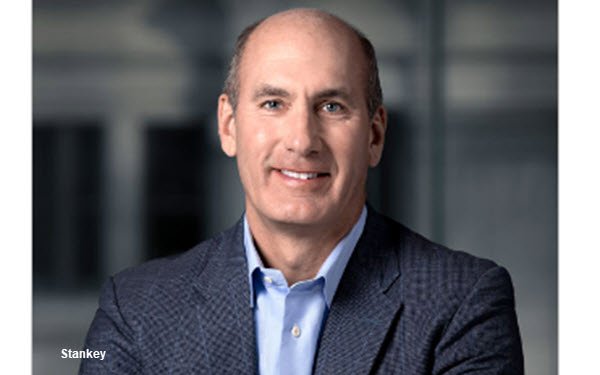 Randall Stephenson will retire as AT&T’s CEO on July 1, to be succeeded by AT&T President and Chief Operating Officer John Stankey.

Stephenson made his announcement during today’s annual general meeting of shareholders (held online due to social distancing), and the board then voted to elect Stankey to the CEO post.

Stephenson, 60, who has served as chairman and CEO for 13 years, will serve as executive chairman of the board of directors until January 2021.

Stankey had been considered the likely CEO successor, particularly since his promotion to president and COO in October 2019.

Elliott Management, the activist investment firm that last fall pushed for both executive leadership and strategic changes at AT&T, released a statement saying that it supports Stankey as the new CEO. “We have been engaged with the company throughout the search process, which was a robust one, including a range of highly qualified outside candidates and overseen by independent directors,” Elliott said.

Last fall, after Elliott publicly asserted that AT&T had an inefficient operating structure and questioned several of its acquisitions, including the now-struggling DirecTV, AT&T and the investment firm reached a compromise agreement that included replacing two directors, new financial targets, and a commitment to paying off $80 billion in debt from the TimeWarner acquisition.

It was also announced that Stephenson would stay on through 2020, and that the roles of chairman and CEO would be split once he departed.

At that time, Elliott also criticized Stankey, who had led AT&T’s moves into media and entertainment after its Time Warner acquisition in 2018.

Elliott had questioned the acquisitions of TimeWarner and DirecTV, questioned Stankey’s record in architecting those, and suggested that since most of his career had been in telecom, he lacked sufficient experience in running media companies to be made “responsible for an additional $145 billion of revenue as the president and COO of the entire company.”

AT&T conducted a months-long search for Stephenson's successor, but "ultimately couldn't find an outside executive with suitable experience in both telecommunications and media that satisfied" Elliott Management, according to CNBC sources. Elliott "remains skeptical of incoming CEO John Stankey’s decision-making but has decided his understanding of AT&T’s sprawling assets makes him a better candidate to take over for Stephenson than any external candidate..."

Just prior to the AT&T announcement, Elliott Management was fined €20 million by the French authorities for hindering banking regulators' investigation into the acquisition of Norbert Dentressangle by XPO Logistics in 2015. It is not yet clear if Elliott will appeal the decision. Soon after the fine was made public, Franck Tuil, the fund's senior portfolio manager in Europe, reportedly left the company after nearly two decades.

It was not immediately clear why Stephenson moved up his retirement plan to mid-year rather than staying on until year-end.

Last October, he told The New York Times that the board had not set a retirement date for him, adding: “One thing the board said is I need to see this plan through.” Whether he might stay beyond the end of 2020 “involves many factors,” he said at the time.

WarnerMedia announced this week that it will launch HBO Max, on May 27. Last year, WarnerMedia said it would invest between $1.8 billion and $2.1 billion in HBO Max over the next two years.