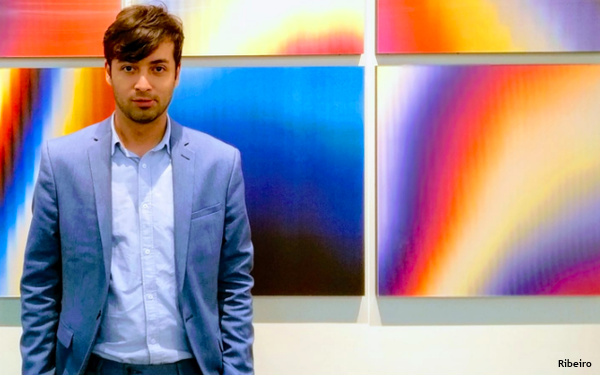 One of the hardest parts of being a journalist is explaining to people why the media focuses so much on negative news.

The simple answer is that the most important news is information that has the greatest consequence for readers, and that if journalists can inform them about it they may be able to help them make decisions that cause behaviors that lead to better outcomes. Sometimes that information can save their job, their businesses, or even their lives.

I’ve covered some bleak periods over the past 40+ years -- recessions, wars, terrorist attacks, a slow-moving plague (HIV/AIDS) and a fast-moving one (the one that began Nov. 8, 2016), but I’ve never covered anything as full of immediate, ominous, sustainable existential threat as the COVID-19 pandemic. And I’ve been struggling more than ever to find some bright spots.

As it turns out, the brightest ones can be found in history, because people have faced plagues before, and as as difficult as they have been for humanity, we always came out ahead in the long run.

That was the message of a pitch I got last week from Tito Ribeiro, a Brazilian “digital transformation” consultant who just launched a project focused on the upside of plagues. It’s aptly called the “Renaissance Project,” and was inspired by the fact that the greatest modern-day pandemic, the 15th Century’s “Black Plague,” was followed by an unparalleled bright side for humanity -- the actual Renaissance.

“After the Black Plague, a movement known as Renaissance rises bringing a new consciousness: marking the end of the Middle Age and the beginning of the Modern Age,” Ribeiro writes in a deck circulated to promote his project, adding: “Society abandoned a cocoon of Medieval beliefs, where cultural and scientific ideas flourished from the ashes. Art and science gained focus. Feudalism gave way to capitalism and religious dogmatism was replaced by rationality.”

Not surprisingly, most of the rest of the deck is a Ribeiro’s pitch for why his brand of consulting can help get companies get there, but there is a section that reminded me about a similar pitch made a couple of weeks ago by Kantar Consulting’s J. Walker Smith: That while the current crisis was caused by a disease, it’s really about a new period of human “disruption” that will ultimately lead to a better way of thinking and behaving.

Smith’s case was that this transformation was already manifesting before the current pandemic, and was being accelerated in the 21st Century by a series of crises including 9/11, the 2008 financial crisis, and on a much broader timeframe, climate change. But the bottom line is that the combined effect is forcing people to think differently about themselves, and most importantly, each other. To Smith this is accelerating a shift of consumer marketing focused on “you,” to one focused on “us.”

The Renaissance Project’s Ribeiro doesn’t get that specific, but he has a nice page showing how the enlightenment will play out (see below).

I don’t know what the “recharting” of people, businesses and industries will lead to, but like the Renaissance, I hope it leads to one in which we finally give up the current versions of our Medieval beliefs -- the rejection of science and the feudalism of our identity politics -- to focus on things that make the world a better, and more sustainable place.

I hope we look back on the current plague as one that makes us better, not worse.

In the meantime, heed Ribeiro's advice and "stay Zen." Now it's time to work.