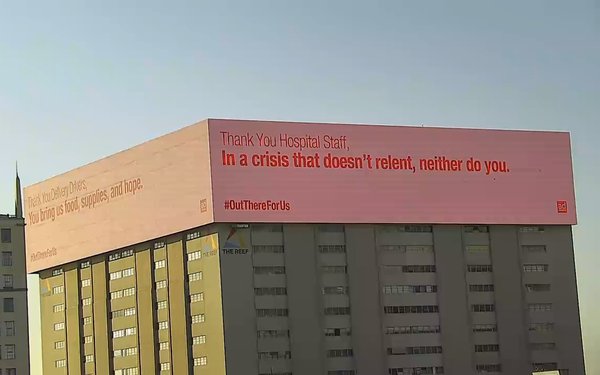 The Ad Council continues its ongoing COVID-19 campaign by thanking first-responders and other essential workers with a new PSA that uses the latest song from Alicia Keys.

Developed pro bono by creative agency R/GA, the OOH and video assets thank essential workers in specific professions including health workers, truck drivers, caregivers, grocers, sanitation workers, and police officers by showing images of these workers going about their daily routines. Imagery and footage for the video were provided at no cost to the Ad Council by Getty Images, The New York Times, UPS and Walmart.

The big “get” was the Keys’ song “Good Job,” whose use she she donated to the effort.  It was initially written as a way to thank the unsung heroes in her life like her mom, whom she watched struggle as a single woman in New York’s Hell’s Kitchen.

The digital OOH ads are strategically placed on routes to hospitals and outside grocery stores in cities facing heavy surges of the virus.

“We loved the idea that the Ad Council could help thank essential workers by not making ads. That’s what makes this different than other COVID-19 campaigns. There is no brand, and the out-of-home messages aren’t meant to feel like ads -- they’re all real messages of thanks from real people,” said Mike Donaghey executive creative director, R/GA.

Additional partners supporting the “Out There For Us” initiative include Cheddar, Extreme Reach and Facebook.

In the first four weeks, the Ad Council’s crisis response efforts received more than $140.7 million in donated, earned and social media and the messages were seen over four billion times.