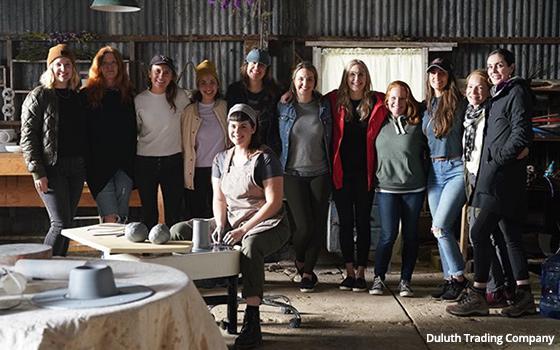 The creative, developed with longtime AOR Planet Propaganda, introduces the so-called “Wayforgers,” females who forge their way “bravely and boundlessly.”

A TV spot highlights brand products, like Fire Hose Pants and No Yank Tank, by showing them in use by a medley of women, including tattoo artists, pilots, dirt bikers and ranchers.

This project — conceived of and shot prior to the pandemic — was developed by mostly female creative and production crews including the director, Rachel McDonald.

“This campaign and positioning are all about highlighting powerful women forging their way -- whether that’s through making flight plans, throwing pots or simply living life on their own terms,” says  Emily Steele, Account Director at Planet Propaganda. “The best part was assembling a team of equally formidable women to help bring this concept to life from director and copywriter to executive producer and production designer.”

All ads will run nationally on cable TV, digital video and through paid and owned social channels. A newly re-designed product catalog has launched to coincide with the new campaign.