Better Than Normal: California's Kindness Shows How Innovation May Save The Day 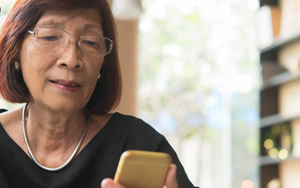 OK, I don’t want to sound like some glass-half-full Pollyanna, singing about silver linings on the deck of the Titanic.

It would be almost impossible to sugarcoat just how bleak things look for restaurants. The latest projections from the National Restaurant Association say the industry is on track to lose $100 billion in sales by the end of April. If restaurants are closed for 90 days, those losses may balloon to $225 billion, erasing 5 million to 7 million jobs. In the shutdown’s first three weeks, 3 million jobs had already vanished, and 15% of restaurants were permanently closed.

It’s insane to expect that any amount of innovation can help sidestep that tsunami.

But every day, it’s hard not to notice how hard restaurants are trying -- and how exceptional some of their ideas are. Wendy’s free nuggets are building buzz. Dairy Queen just unveiled a vegan Dilly Bar. And Chipotle is sharing its guacamole recipe -- complete with a 26-minute Instagram how-to video -- with the masses.

In case you missed it, Governor Gavin Newsom announced the national first, designed to support the 1.2 million Californians over the age of 65 who live alone. (Many aren’t covered by other nutrition programs.)

Funded in partnership with FEMA, the plan reimburses restaurants for providing seniors three free meals a day. So it also supports restaurant workers and owners, who have lost business during the pandemic.

The idea is bigger than food. It mobilizes 1,000 callers to make wellness check-in calls, expanding another program, Friendship Line California, to support people who are lonely and isolated. (That program is run by the California Department of Aging and Institute on Aging.)

Amid the pandemic, that’s a nice touch -- good for restaurants and good for seniors. But beyond that, it’s powerful for everyone to know just how many of their older neighbors might be lonely, or hungry.

We bet the months ahead will find some of the most loyal customers ever will be not just the individuals included in this program, but those who watched it in action.

People don’t just need food. They need company, connection and contact. When the doors are open again, nobody can provide that as well as a neighborhood restaurant.