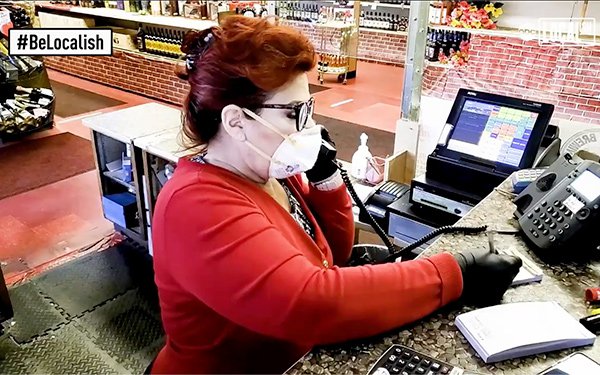 With small to mid-size businesses everywhere needing all kinds of financial help due to COVID-19, ABC-owned TV stations have started up a PSA/social media campaign, as well as airing related content.

The campaign, called #BeLocalish -- in reference to Localish, a local digital broadcast channel of ABC Owned Television Stations -- will feature encouraging success stories of local businesses during the pandemic.

The stories will also air on ABC stations’ linear broadcast and during half-hour weekly special on Localish’s linear TV network.

Localish, which targets a younger audience under 44 years old, started up on Feb. 17 of this year. Previously, the locally based digital TV channel was called Live Well.

TV viewers are encouraged to participate by sharing stories on social media. The PSA promo will air on all eight ABC stations, which cover 23% of all U.S. television households.

Many local TV stations groups are bracing for what looks to now be a difficult year in terms of cutbacks on advertising revenues this year -- although it is a big Presidential election year, which typically gets a spike in political advertising revenue.

Still, it believes political spending will make up for much of the lost ground, adding in $5 billion for the year  All that means a slight 1% increase overall for 2020. Before COVID-19 issues hit, Magna estimated a 12.5% ad revenue boost for local TV this year.

Another earlier pre COVID-19 estimate, from BIA Advisory Services, said local linear TV advertising dollars would rise 8% to $20 billion this year from $18.6 billion the year before.