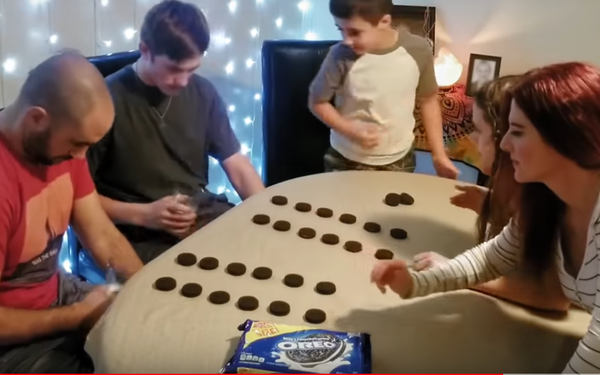 Having gained new consumers of its food products—particularly snacks—during the coronavirus pandemic, Mondelez International intends to “attack the market” with increased media spending over the next several months.

As have other CPG companies, Mondelez has been trimming SKUs and hitting the pause button on new product initiatives. But its plan for growth in snacks and other food categories remains unchanged by COVID-19, according to a Q1 presentation to investors last week.

Mondelez has benefited not only from pantry loading but increased consumption—typified by families snacking together at home on brands like Oreo, belVita, Ritz, Triscuit and Wheat Thins. Organic revenue grew 13.4% in the quarter in North America.

“At this stage, we do a lot of research,” said chairman and CEO Dirk Van de Put. “We’ve invested quite a bit in talking to consumers and understanding.”

Based on company surveys, “We see new consumers entering our brands.” For products like Oreo and Ritz, new usage is between 15% and 20%, while for Fig Newtons and Nutter Butter it’s over 40%, according to Van de Put.

From a marketing standpoint, “This is a moment to really, what I would call it, attack the market and be strong in the second half of the year,” he noted.

As Mondelez shaves operating costs where possible, it’s realigning marketing budgets, “where we are shifting a lot of our investment to working media,” and it is “hoping to see a significant increase of our media investment versus last year in the second half of the year.”

A current commercial for Oreo from The Martin Agency is titled “Stay home. Stay playful.” It shows families exercising, playing games—some with Oreos, as seen above—and snacking while confined together.

The company’s growth plans for its core biscuits, candy, chocolate and gum offerings are focused on such adjacent categories as cakes/pastries and snack bars. Further out, it has its eye on ethnic, meat and salty snacks; nuts and seeds; fruit snacks; ice cream; and yogurt.

In cakes/pastries, Mondelez’ expansion is typified by its April 1 acquisition of a $1.2 billion majority interest in Give & Go, one of North America’s biggest suppliers to in-store bakeries. Give & Co’s proprietary brands include the two-bite Create-A-Treat, Mason St. Bakehouse and The Worthy Crumb Pastry Co.

“We are excited about the opportunity to further grow this platform and cross-sell with some of our traditional brands,” Mondelez CFO Luca Zaramella told investors.