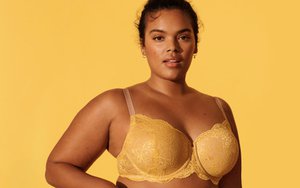 Don’t believe all those memes about women gratefully giving up on brassieres while they’re safer-at-home. ThirdLove co-founder Heidi Zak says its new ads are resonating with women looking for comfort and brightness in dark times. She tells D2C FYI more about how the San Francisco-based startup is rethinking marketing during the pandemic.

D2C FYI: Your new ads are running on Hulu, and in the past, you’ve run ads on linear TV channels like Bravo, HGTV, and E! How has the shutdown changed your marketing?

Heidi Zak: We have taken a step back to make sure we're investing in the most efficient way. Hulu’s demographics align with our customers, so that was an interesting opportunity, and it's been quite successful.

D2C FYI: What message are you trying to convey?

Zak: We wanted to tap into the current mindset. Our creative director came up with the idea that it’s time to rethink comfort, and also to rethink your bra.

Our mission is to help women feel comfortable and confident in their everyday lives. And as a brand, we’ve always stood for comfort. But we wanted to bring that word to the forefront and make sure we are engaging with language and imagery that was new.

These ads, all done remotely, use some amazing footage from a recent shoot: Women talking about how they feel in their bra, moving around and just being themselves. It’s not highly produced, but it communicates our value proposition well.

D2C FYI: Many brands are using creative that specifically references the pandemic. These don’t. Why not?

Zak: So we’ve been doing a great deal of that, too, donating bras and underwear to doctors and nurses. And offering all first responders 15% off. We’ve been communicating in our organic channels. But we decided not to do that in the paid universe.

D2C FYI: What else has changed?

Zak: In the beginning, the mindset was lots of “we’re all in our pajamas, and we’re all bored.” Then it moved more into humor. And now people are kind of coming out the other side, and saying “I am going to get dressed,” “I am going to put on a bra,” or “Maybe I’ll put on some lipstick and a pretty blouse for my Zoom call.”

I think it's about understanding where [the consumer] is and making sure our messaging is aligned. And it keeps changing.

Zak: Yes. There’s a move toward wireless, which makes sense. Underwear has been strong, too. But it’s been surprising. We recently launched this marigold-yellow bra — very bright, pretty. It’s a fashion bra. And it’s done well. Women are buying things that make them happy, that have some lightness to them.

D2C FYI: What other adjustments have you made?

Zak: In TV, everyone is aware that costs, especially of linear, have come down substantially. And obviously, people are consuming a lot more media. But it’s about striking that right balance of your dollars with your ROI and finding unique opportunities that match your demographic.

For us with Hulu, on those programs, that’s been a great fit. And for now, that’s all the TV we’re doing. We’ve paused everything to let the market settle. We will likely pick back up on some linear TV advertising later this year.

But for now, flexibility and efficiency are most important. We can turn digital platforms on and off in a heartbeat, and linear TV doesn’t have that.

Zak: Definitely down, especially in March. April has been stronger. But it’s day-by-day, week-by-week. We’re just running the business in a nimble way. We’re trying to be focused and flawless and see how things pan out this year. It’s hard to make decisions in an environment like we're in today.

D2C FYI: How are you viewing your competition, especially now that the Victoria’s Secret buyout has fallen apart?

Zak: There’s a lot of uncertainty for that brand and company right now. We’re focused on the broader landscape — who we are and how we're different —and making sure that comes through.

It’s about our fit finder, and helping women find something great, with a no-questions-asked fit guarantee — and making sure that keeps coming through, on our website, emails and digital channels.