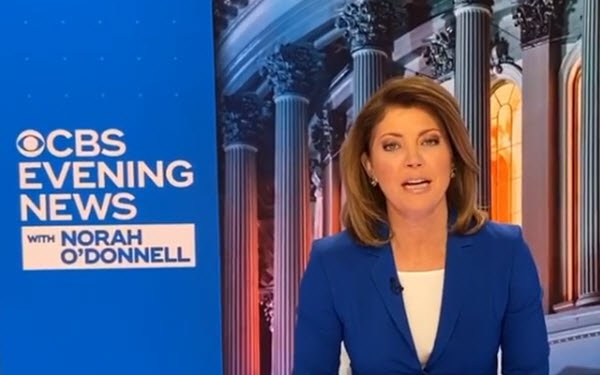 The CBS News streaming service was called into emergency service on Tuesday evening, when a technical problem prevented the “CBS Evening News” from airing on stations across the East Coast.

Local stations in those regions showed content from CBSN during the half-hour time slot normally dedicated to the news program anchored by Norah O’Donnell and now produced from Washington, D.C.

CBS News apologized for the problem with a tweet during the show’s normal airing time, and also directed East Coast viewers to CBSN for a replay of the broadcast — which featured an O’Donnell interview with Facebook’s Mark Zuckerberg that had been promoted by the network.

The transmission of the show has in recent weeks been handled from Washington instead of New York due to a pandemic-caused near-shutdown of the New York Broadcast Center.

The D.C. control room experienced a “major audio router failure,” and had no immediate backup option, according to TVTechnology, quoting Paul Friedman of CBS New York.