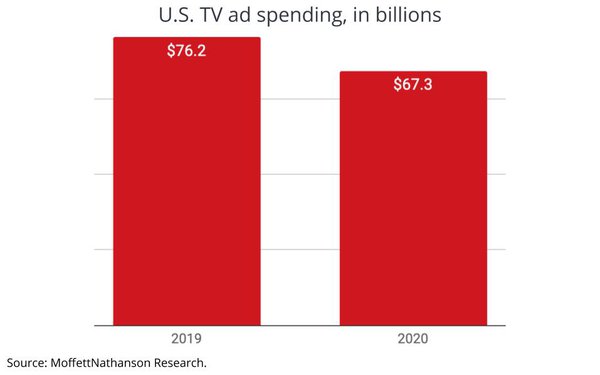 U.S. TV advertising is set to sink 11.7% in 2020, with lesser declines for local TV stations and local cable operations, due to COVID-19-related advertising pullbacks, according to a recent analysis.

An earlier estimate anticipated a 3.9% climb for U.S. TV advertising -- due to advertising sales from the Tokyo Summer Olympics and higher political advertising spending.

National TV was down 5.5% to $8.7 billion, with much of the drop occurring in the last three weeks in March. An earlier estimate projected a much worse sinking -- 9%.