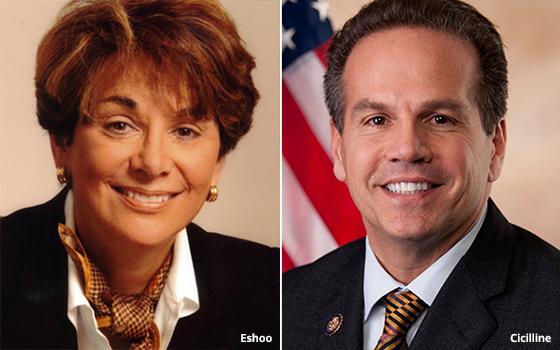 A new bill would prohibit large online platforms from targeting political ads to users based on demographic or behavioral information, unless they have explicitly consented to receiving such ads.

The measure would apply to all websites, including social networks and search engines, that have collected or processed personal information of at least 50 million people.

The measure would continue to allow campaigns to target electioneering ads based on data about users' states, municipalities or congressional districts.

The measure would apply to all websites, including social networks and search engines, that have collected or processed personal information of at least 50 million people. It would also apply to ads for or against political candidates.

A separate bill, the “Protecting Democracy from Disinformation Act,” slated to be introduced by Rep. David Cicilline (D-Rhode Island), would allow political ads to be targeted based only on location, age and gender.

She argued in a Washington Postop-ed that highly specific targeting enables campaigns to spread lies to specific audiences, while avoiding the scrutiny that would come from a broader audience.

A study from 2012 found that an even higher proportion of people expressed dislike of highly targeted political ads.

That study, by University of Pennsylvania's Annenberg School of Communications professor Joseph Turow, found that 86% of Americans said they didn't want to receive hyper-targeted political ads.